JOINS 'MARA' AND TESTS FOR WONDER WOMAN IN 'SUPERMAN VS BATMAN'?
Who is that beauty, you ask? But I'm sure you know her very well by now, since Olga Kurylenko is a frequent guest at HOLLYWOOD SPY! After joining Russell Crowe and Jai Courtney in THE WATER DIVINER WWI drama, she has now joined MARA too! The supernatural drama, in which the story explores the mythology and true phenomena of sleep paralysis, will see stunning Olga Kurylenko playing a criminal psychologist investigating the murder of a man, who was seemingly strangled in his sleep by his wife. She discovers a mystery involving an ancient demon, who murders people in their sleep. She finds herself in a fight to save her life and the life of the man's daughter from the evil entity. There are also rumours that Olga has tested for the role of Wonder Woman in SUPERMAN VS BATMAN! 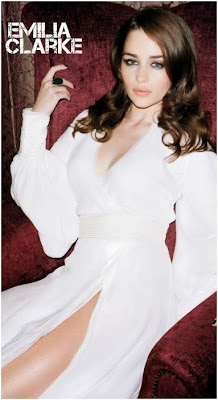 HEDLUND
Another beauty, GAME OF THRONES Dragon queen Emilia Clarke is apparently a candidate for the lead role in TERMINATOR 5 together with Garrett  Hedlund. She would play Sarah Connor and he would be John Connor. The fact that they would play a mother and her son implies that their might be time jumps within the story. Earlier this year, we reported that Arnold Schwarzenegger (in a story that would take place after the WWII), might be playing a human sent back to protect Sarah Connor's parents, before she was even born, causing the machines to create future Terminators in his likeness! Alan Taylor (THOR THE DARK WORLD) is directing. 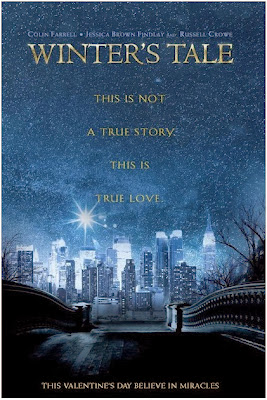 COLIN FARRELL & RUSSELL CROWE
Speaking of Russell Crowe, check out the enchanting first trailer for 2014 Valentine's Day romantic fantasy drama WINTER'S TALE also starring Colin Farrell, Jessica Brown Findlay, Jennifer Connelly, William Hurt... New York City is subsumed in arctic winds, dark nights, and white lights, its life unfolds, for it is an extraordinary hive of the imagination, the greatest house ever built, and nothing exists that can check its vitality. One night in winter, 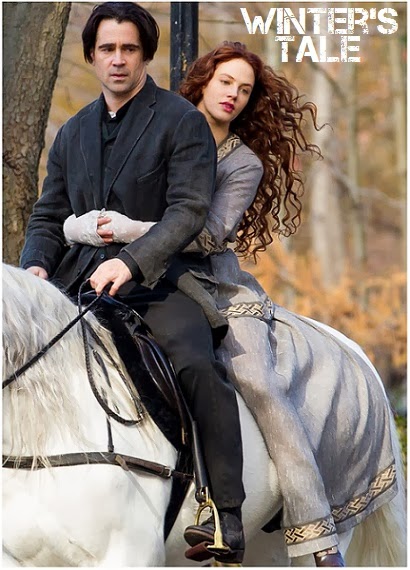 Peter Lake (Colin Farrell), orphan and master mechanic, attempts to rob a fortress-like mansion on the Upper West Side. Though he thinks the house is empty, the daughter of the house is home. Thus begins the

love between Peter, a middle-aged Irish burglar, and Beverly Penn (Jessica Brown Findlay), a young girl, who is dying. When he learns that he has the gift of reincarnation, he sets out to save her.
Posted by DEZMOND at 11:55 PM