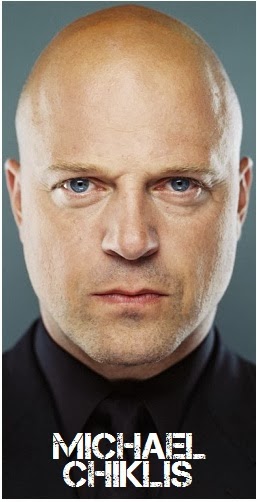 PANTHEON GREEK GODS TV SERIES
Well, this sounds interesting: Michael Chiklis, the star of THE SHIED, NO ORDINARY FAMILY and VEGAS, is going to make PANTHEON comic book that he himself wrote into a television series. 'Deadline' writes that the 5-issue PANTHEON comic book series is a stylized story of ancient Greek gods returning to a ravaged, chaotic near-future Earth, where they battle for the fate of mankind. The television series is expected to feature Greek Gods resurfacing in present time. Chiklis is currently searching for a showrunner who would work on the project with him! 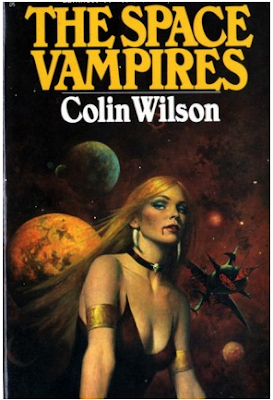 TO BE MADE INTO SF TV SHOW
Another futuristic story will also be seen in a television version of the 80's LIFEFORCE sf movie. To be told in a form of new television series this small screen adaptation of Colin Wilson's 1976 novel THE SPACE VAMPIRES (to be also followed by a graphic novel and video games) has a plot which follows a group of astronauts who discover a derelict spaceship and return to Earth with three humanoid aliens that unleash a life-sucking plague upon humanity! 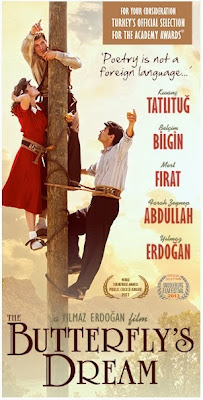 TURKEY'S CANDIDATE FOR OSCARS
And here's a trailer for Turkey's candidate for the Best Foreign Language Film Academy Awards for this year. Titled THE BUTTERFLY'S DREAM, this visually striking and deeply touching movie, starring Turkey's biggest and hottest hunk Kivanch Tatlitug, centres on two young poets in the 1940s of Turkey who make a bet on a pretty girl. Whoever’s poem the girl likes will win, and the other will step aside. The poets however have to deal with other problems like disease, poverty, compulsory work in the mines and the Second World War in the meantime. As the story unravels, the poets travel through cities and events in search of

happiness. Is it the optimist who’s the bravest or the pessimist? This story will tell. With 10,000 extras and 3,000 costumes used in the film, THE BUTTEFLY'S DREAM has been seen by more than 10 million people in Europe so far.


DEZZY SPIES FROM TURKEY!
Turkey's hottest heartthrob, Kivanch Tatlitug has been trying to cross over to Hollywood for years now and fresh rumours say that he has been offered a role in Russell Crowe's directorial debut THE WATER DIVINER which will see Russell playing a man who goes to Turkey to search for his sons, Australian soldiers, who took part in Word War I battle at Gallipoli. Kivanch is supposed to travel to USA next month for the audition. The film will also star Jai Courtney and Olga Kurylenko.