I really do love the avalanche of new epic shows which is about to hit us in next two years: from DA VINCI'S DEMONS and BLACK SAILS to

WOLF HALL, WHITE QUEEN, OUTLANDER, CROSSBONES, MARCO POLO to VLAD DRACULA and THE CLAN. And the new one of the list is JOAN OF ARC! According to "The Hollywood Reporter" Craig Pearce (the amazing scribe who wrote MOULIN ROUGE and ROMEO AND JULIET for Baz Luhrmann) is going to pen the new historical TV series with Freemantle Media. The adaptation of Kimberly Cutter's bestseller THE MAID, will follow a young peasant girl who believes she is sent by God to save France and will tell the final years of the Hundred Years' War by chronicling them from Joan's perspective as well as the international noble houses which battled for control of the French throne and ultimately the birth of a nation. The show will be an international one similarly to all other epic 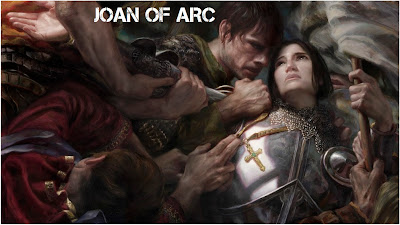 shows above. It is interesting that Richard Taylor, the head of famous Weta Workshop and also the costume designer for THE HOBBIT saga, will produce the show. He will use all his skills learned while working with Peter Jackson to produce JOAN OF ARC series over at New Zealand.


HOLLYWOOD SPY HEADLINES
On the other hand, Freemantle media is also preparing to make a TV series out of another bestseller: Andrew Nagorski's novel HITLERLAND will also hit small screens taking viewers back to the 1920’s and 1930’s during Hitler and his Nazi’s fateful rise to power. The story is told from

the perspective of Americans — diplomats, military, expats, visiting authors, Olympic athletes — who watched horrified and up close. While the book is non-fiction, and told through a series of personal testimonies that were drawn from unpublished manuscripts, uncovered in relevant archives, and conducted useful interviews, the television series will bring the stories into the fictional world to depict the events surrounding this torrid time. The series will show how Berlin of that age went from being the hip place and the centre of everything avant-garde and modern to becoming the centre of the biggest evil in history. HITLERLAND will be a tale of power, political intrigue, and regret. This look back on tragedy will aim to be a lesson in history and why it is important not to repeat past mistakes. It will also be a worldwide project.


SAVING GENERAL YANG
And to finish the glorious day when it comes to historical projects in epic style, here is the long awaited trailer for one of next year's most 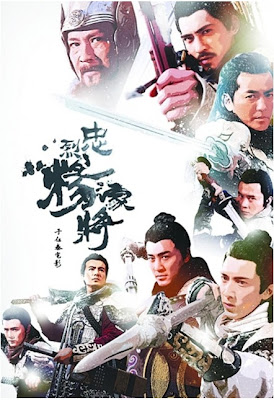 anticipated Asian films - Hong Kong's $20 million historical action SAVING GENERAL YANG.  I've already announced the film back in 2011. The story of the Yang's has been eulogized for hundreds of years in the Chinese society. The story of the film details the exploits of the Yang military family, recounting the unflinching loyalty of the Yang family heirs. The plot places focus on how the seven sons of the Yang family held hands in the rescue of their father. General Yangis played by Adam Cheng while his sons are played by Ekin Cheng, Raymond Lam, Chun Wu, Vic Chow, Chen Li, Bo Yu and Xin Bo Fu, and Fan Xu plays Yang's wife.

going on. I'm sharing my best recipes there! Would love to see your comments!
Posted by DEZMOND at 12:00 AM