A movie project we've mentioned before a number of times is getting new cast members: according to "Deadline" Matt Bomer and ROBIN HOOD's Lucy Griffiths have joined fantasy story WINTER'S TALE directorial debut of Akiva Goldsman which already has Will Smith, Russell Crowe, Colin Farrell and William Hurt in the cast. It's a very complex period fantasy thriller based on a novel by Mark Helprin which brings a sweeping drama about reincarnation, set in the early 20th century and focusing on a thief (Farrell) on the run who, when breaking into a wealthy man’s home, strikes up a relationship with the man’s terminally ill daughter (DOWNTON ABBEY's Jessica Findlay). He later learns that he possesses the gift of reincarnation, and becomes determined to save her life.  A flying horse and a time-shift 100 years are elements which also appear in this supernatural story. Russel Crowe is set to play a ruthless criminal, while Will Smith will play a judge, Matt Bomer and Lucy Griffits will play the parents of the thief.

HOLLYWOOD SPY HEADLINES
For your daily dose of television news, here are two pieces of info on CW's upcoming projects. First of all, "Deadline" reports that horrid director Catherine Hardwicke who gave the world cinematic

atrocities such as TWILIGHT and RED RIDING HOOD will team with GOSSIP GIRL producers on COPELAND PREP, a show which takes place at a secondary school where the students are being transformed into monster. CW is also developing Wonder Woman pilot which will be titled AMAZON because it will be an origin tale for the DC Comics heroine reviving the legend of Diana of Themyscira. This could mean an epic series, since Diana was the daughter of Queen Hippolyta, the first child born on Paradise Island in the three thousand year history that the immortal Amazons lived there. Six members of the Greek Pantheon 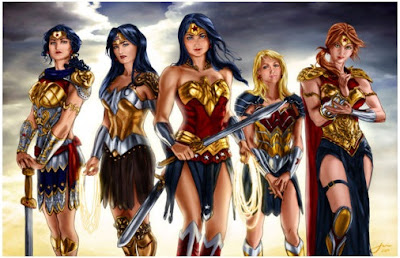 gave the baby special gifts and powers. Demeter, great strength; Athena, wisdom and courage; Artemis, a hunter's heart and a communion with animals; Aphrodite, beauty and a loving heart; Hestia, sisterhood with fire; Hermes, speed and the power of flight.


THE DETAILS TRAILER
Now here's something overly strange and uber weird, even after watching the trailer I'm not really sure what THE DETAILS film is really about. Check it out yourself. Opening in cinemas November 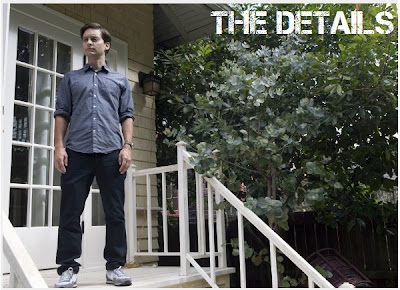 2nd the film will see Tobey Maguire and Elizabeth Banks playing a struggling married couple who, already struggling with issues like infidelity and whether they should stay married, see their lives further complicated by ravenous raccoons burrowing under the sod in their 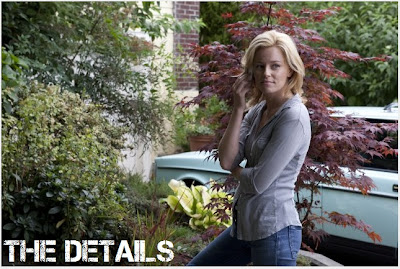 back yard. A disagreement over how to dispatch the pests creates a chain reaction of mishaps. But the trailer doesn't really speak of an adorable comedy with delightful raccoons, but something way too weird to be described. The cast also includes Laura Linney, Ray Liotta and Kerry Washington.
Posted by DEZMOND at 12:00 AM