We've been choosing the best actors who've never won an Oscar for three months now, and the winners of the last round are here: Jonathan Rhys Meyers (25%), Toni Collette (19%), Glenn Close (16%) and Ewan McGregor (16%).

Stunningly charismatic Jonathan Rhys Meyers has been around for quite some time, but his breakthrough was the mesmerizing role of king Henry in the worldwide famous series THE TUDORS. I personally adored his breathtaking roles as king Philip of France in THE LION IN WINTER next to Glenn Close and Patrick Stewart, and his haunting role in THE EMPEROR'S WIFE, his naughty role in MATCH POINT, his deeply touching role in Chinese epic THE CHILDREN OF HUANG SHI, his role in TITUS. Come to think of it, these are all some of my favourite movies ever, so I strongly recommend them to you. We've also seen him in ALEXANDER, VANITY FAIR, THE MAGNIFICENT AMBERSONS .... We've seen him next to Glenn Close again in ALBERT NOBBS. The two of them have never won an Oscar! Never!


DIVINE COLLETTE
Toni Collette is larger than life. We knew that from the first time we saw her in the cult Australian film MURIEL'S WEDDING in which she gave the most intelligent portrayal of a girl captured in the world 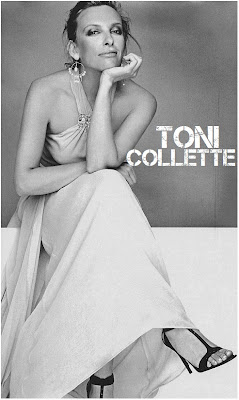 which constantly puts her down. She was also absolutely flawless playing devoted mothers in unusual situations in LITTLE MISS SUNSHINE and THE SIXTH SENSE, we also loved her in EVENING, THE DEAD GIRL, IN HER SHOES, THE HOURS, but she amazed us mostly with her charismatic portrayal of a mother with multiple personalities in UNITED STATES OF TARA. The role is one of those profound and multi layered ones which can be tackled only by the most talented of actors. Toni Collette did it so flawlessly and with such stunning ease that she basically made television history with it securing herself a spot among the best living actresses. Toni was nominated for an Oscar two times, has six awards from Australian Film Institute, one Emmy and a Golden Globe, and believe it or not, but she had a fling with the above mentioned Jonathan Rhys Meyers before she married her hubs :)


QUEEN GLENN
Glenn Close was nominated six times for Oscars, but has never won a single one. Never. Yes, you heard it right - never! It's true that sometimes she had a misfortune of having strong rivals, like this year, when equally amazing Meryl Streep stole the show, but how on Earth could she go without 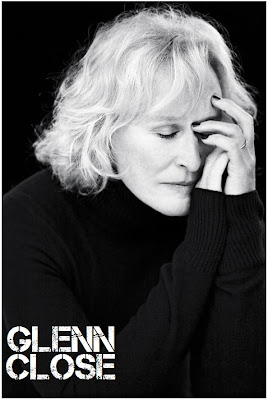 getting an Oscar for her legendary roles in HOUSE OF THE SPIRITS (it's my favourite of her work, the role of a quiet sister in the sweeping saga next to Jeremy Irons, Meryl Streep and Antonio Banderas), in DANGEROUS LIAISONS (nobody could've done the role better than her), in the EVENING (in which she played both with Meryl Streep and Toni Collette), in PARADISE ROAD (do you remember her stunning role in the story of a group of women who are imprisoned on the island of Sumatra by the Japanese during World War II?), and in HAMLET (next to Kenneth Branagh and Kate Winslet as the most magnificent queen Gertrude). I myself loved her best as Queen Eleanor of Aquitaine in the best mini series ever LION IN WINTER (in which she played next to Patrick Stewart and the above mentioned Jonathan Rhys Meyers).


PERFECT EWAN
Believe it or not, one of the most talented and the most adorable actors ever Ewan McGregor has also never won an Oscar, but wait, listen to this, he was never even nominated! I kid you not! Never! Not for his 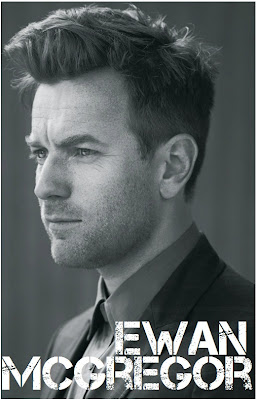 legendary, ground breaking, soul shaking, heart warming, mind blowing performance in utterly divine MOULIN ROUGE (in which he also sang with his mesmerizing, heartfelt voice), not for his recent, brilliant work in BEGGINERS and PERFECT SENSE, not for YOUNG ADAM, BIG FISH and NORA in which he played James Joyce, not for EYE OF THE BEHOLDER nor VELVET GOLDMINE, nor STAY. And to make things even worse, his best friend, Jude Law, the two of them being two of the most talented actors under 50 in the world, has not received an Oscar either. Am I crazy, do I have a bad taste or lack of judgement, or is the Academy just a rotten nest which gives out awards mostly to their undeserving pets? 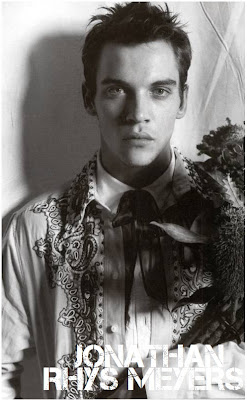 Leaving serious topics aside, next month we shall go for something more eye pleasing and much more teasing :) We will be choosing BEST TV HUNK among the shows which have been shining in season 2011/2012. So, here are the candidates and vote on as much as you like: John Hamm (MAD MEN), Jason O'Mara (TERRA NOVA), Dylan McDermott (AMERICAN HORROR STORY), Bradley James (MERLIN), Josh Dallas (ONCE UPON A TIME), Liam McIntyre (SPARTACUS VENGEANCE), Jim Caviezel (PERSON OF INTEREST), Damian Lewis (HOMELAND), Andrew Lincoln (THE WALKING DEAD), Kit Harington (GAME OF THRONES), David Oakes (THE BORGIAS).
Posted by DEZMOND at 1:50 PM