ERIC BANA IS "ABRAHAM LINCOLN: VAMPIRE HUNTER"! CLEANING AFTER MONSTERS AND ALIENS IN "MAINTENANCE". ALEX PETTYFER AS FORMULA ONE CHAMPION IN "THE STORY OF JAMES HUNT"!

It seems the rumors have been true: according to "MovieWeb"  Australian/Croatian actor Eric Bana is apparently the main candidate for the lead role in ABRAHAM LINCOLN: VAMPIRE HUNTER, Timur Bekmambetov's film adaptation of Seth Grahame Smith's book. Mixing vampires, history and politics, the film will see Eric Bana as the inglorious American president battling the undead in this retelling of Lincoln's secret diaries, which recount his mission to eradicate the world of vampires. 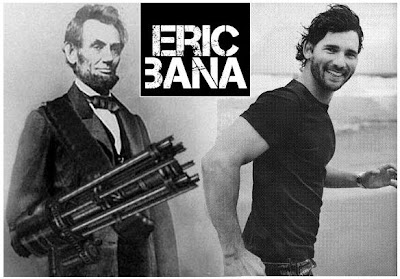 Dreamworks is planning another charming animated project: they will adapt comic book MAINTENANCE which brings a crazy story about two janitors who work at TerroMax, an evil scientist think tank. Their daily duties 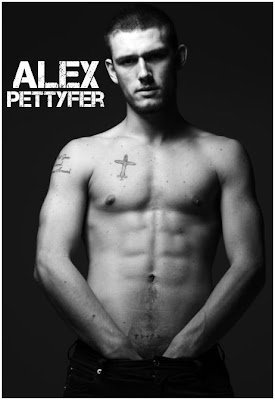 include time machine repair and cleaning up after toxic spills and monsters while dealing with mad scientists, jet-packed cavemen, aliens and an attractive receptionist.

Young Alex Pettyfer, who is getting more and more popular and whom we will be watching as the modern beast in BEASTLY and as an alien on the run in I AM NUMBER FOUR, has just scored another role: he will play in another Dreamworks' project SHUNT: THE STORY OF JAMES HUNT, the film adaptation of the same novel, about the British race-car driver who took first place in the 1976 Formula One World Championships.

And I must announce the winners of HOLLYWOOD SPY's weekend giveaway: two copies of Brian Leaf's cool new book NAME THAT MOVIE!: A PAINLESS VOCABULARY BUILDER will go to our dear Vics and to our dear Jamie. Congrats to both of them, hope you will enjoy this lovely gift and thanks to everybody who participated!
Posted by DEZMOND at 1:50 PM