HEATHER MORRIS MIGHT BE THE NEW "BUFFY THE VAMPIRE SLAYER". LILY COLLINS IN THE FANTASY SAGA "THE MORTAL INSTRUMENTS". GREAT NEW POSTER FOR ROMAN EPIC "THE EAGLE"

A few weeks ago I've told you that the new film on BUFFY THE VAMPIRE SLAYER is finally moving on with production and now there are first rumors on the possible lead actress: the buzz around the Net says that GLEE star 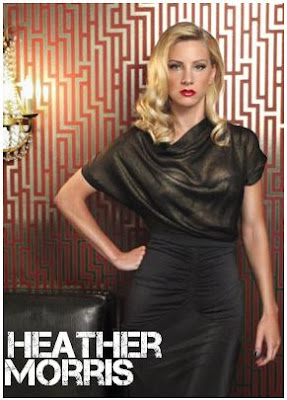 Heather Morris is currently the favourite choice at Warner Bross. With her talent for comedy and dancing, she is apparently the front runner up for the role.

Beside BUFFY, another teenage project has found its possible heroine. The film adaptation of the famous THE MORTAL INSTRUMENTS fantasy saga by Cassandra Clare will have young Lily Collins (THE BLIND SIDE, THE PRIEST) as the main star. The film will follow a girl who discovers she is the descendant of a line of Shadowhunters, a secret cadre of warriors dedicated to driving demons out of our world. When her mother disappears, she must join a daring group of young Shadowhunters on an adventure, which leads her through a city filled with mischievous fairies, eccentric warlocks, werewolf gangs and other strange creatures. 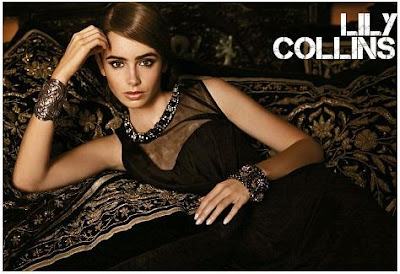 Next year's Roman epic THE EAGLE has just got a stunning new poster: starring Channing Tatum, Jamie Bell, Donald Sutherland and Mark Strong this epic follows a master and his slave who are trying to solve the mystery of the famous Ninth Legion which had disappeared in Britannia along with their treasured golden Eagle emblem. The two of them set out into 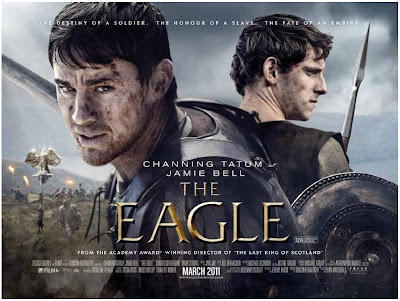 the vast and dangerous highlands of Scotland to confront its savage tribes and retrieve the hallowed Eagle. Along the way they will discover some personal secrets as well and will come face-to-face with the warriors of the fearsome Seal Prince (played by Tahar Rahim). You can also check out the trailer in one of HOLLYWOOD SPY's previous posts.
Posted by DEZMOND at 1:17 PM