NEW IMAGE OF THE PERSIAN KING "XERXES" BY FRANK MILLER. JOSS WHEDON'S "THE AVENGERS" WILL HAVE TWO FEMALE SUPER HEROES?

Dark Horse Comics has released a new image from Frank Miller's graphic novel XERXES which still isn't finished. And why do we want it to be finished as soon as possible? Because it will be a foundation for the prequel film to epic blockbuster 300. The director of 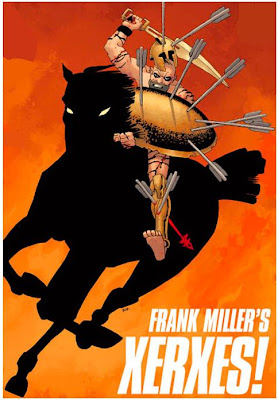 300, Zack Snyder is waiting anxiously to make a new epic movie out of it. The story will cover 10 years and will follow the main character Themistocles, who became warlord of Greece and built their navy, we shall also see the Battle of Marathon, the fight between huge Greek and Persian naval fleets, and Persian king's Xerxes' efforts to become a God.
As you remember, in the first film, Persian ruler Xerxes was portrayed absolutely magnificently by stunning actor Rodrigo Santoro and I hope he will take the role in XERXES as well. Although the story will focus on Xerxes as he tries to conquer the world and goes up against the Athenians there will 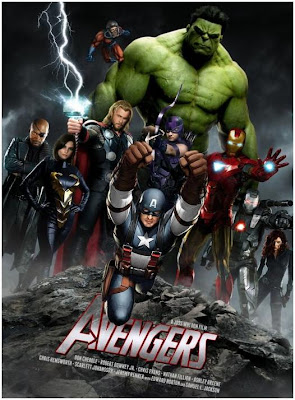 apparently be a brief cameo by Leonidas himself as well, which means that Gerard Butler could appear in the prequel too.

Although it was said that Joss Whedon's super hero film THE AVENGERS will have only one female character and that Black Widow, portrayed by Scarlett Johansson, will be the only lady keeping company to Thor, Captain America, Hulk, Iron Man and Hawkeye, according to new rumors the producers are thinking of putting another pretty female face in the film due to popular demand. It still isn't clear who would it be, but the most probable super heroine is Wasp (and it won't be Demi Lovato since that story was denied yesterday).

And HOLLYWOOD SPY would like to wish you all THE HAPPIEST NEW YEAR, may it be ten times better than any other so far!
Posted by DEZMOND at 2:16 PM