My gorgeous ladies and my dashing gentlemen we have a tie: two actresses have won the same number of votes in WHO SHOULD BE THE NEXT CATWOMAN poll. Both Catherine Zeta Jones and Rachel Weisz have won 30% of your votes each, while lovely Emily Blunt got amazing 14%. This means that Zeta Jones and Weisz will now join our previous winner Nicole Scherzinger in the list of HOLLYWOOD SPY's candidates for the new Catwoman. 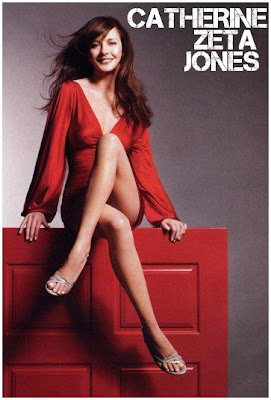 Catherine Zeta Jones is the magical creature of the kind which hasn't been seen in Hollywood for decades: classic movie diva like those famous actresses from the Golden age of Tinseltown. If you ask me, Catherine is the most beautiful woman on Earth: not only does she have the spellbinding physical beauty, but she has something that only a few other modern actresses have - the deeply profound charisma and aura which simply radiate and glow from her magical presence. She always gives intelligent and highly expressive performances. I personally loved her touching and stunningly skilled acting in NO RESERVATIONS, her witty playfulness in CHICAGO, her glamour in THE MASK OF ZORRO, her mesmerizing charisma and warmth in TITANIC (TV series), her grandeur in CATHERINE THE GREAT, and her innocent loveliness in the role which made her popular THE DARLING BUDS OF MAY. 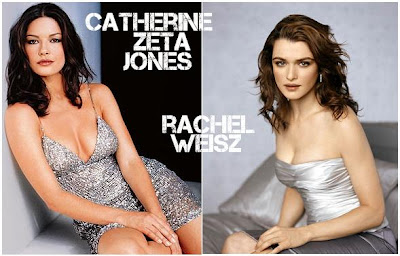 Rachel Weisz could be Catherine's twin sister - she has the exact same charisma, magnetic aura, profound sensuality, intelligent approach to roles, playful wittiness, spellbinding presence and velvety voice. She made us laugh in THE MUMMY and THE MUMMY RETURNS, she made us cry in THE FOUNTAIN, she made us angry in THE CONSTANT GARDENER, she made us shake 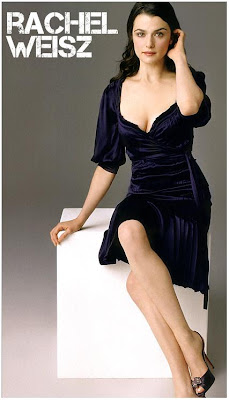 in AGORA, she made us dream in ERAGON, she made us care in ENEMY AT THE GATES. Just like Catherine, she too carries the magic of the Golden age of Hollywood when divas were born and not made.
I shall talk to Hollywood and I will try to convince them to put twin Catwomen in one of the upcoming superhero movies with Rachel and Catherine in the cast :)

Now, let us move to the new poll. Since a new sequel in the 007 franchise will start with the production next year, what do you think WHO SHOULD BE THE NEW JAMES BOND instead of Daniel Craig? The first part of the poll includes the following dashing candidates: British action star Jason Statham, Scottish hunk Gerard Butler, handsome Londoner Rupert Penry Jones, Australian charmer Julian McMahon, British TV star Richard Armitage, American TV actor Jeffrey Donovan, Irish hunk Colin Farrell and the naughty Englishman Clive Owen. You can vote as much as you like next two weeks!
Posted by DEZMOND at 10:08 PM