As you know one of the biggest future projects will be Ron Howard's adaptation of Stephen King's famous sf saga DARK TOWER which will be made both into films and TV show (3 films with a season of show between each). The story follows a Gunslinger Roland Deshain as he travels across a desolate and vaguely post-apocalyptic landscape in his quest for a black tower. 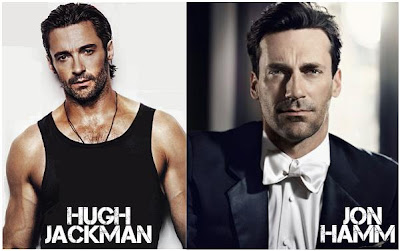 Portals along the way eventually allow contact with our own modern world. Howard spoke last week about the project and he has confirmed (kinda) that the actors who are being considered for the lead role include Hugh Jackman, Jon Hamm, Daniel Craig and Viggo Mortensen. 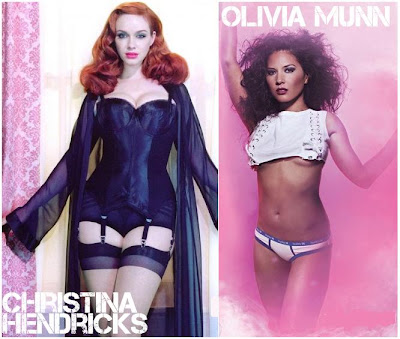 Here's a film for my ladies and pics for my boys :) Spicy girls Christina Hendricks and Olivia Munn have just joined I DON'T KNOW HOW SHE DOES IT,  a movie adaptation of the same book written by Allison Pearson. The comedy will have Sarah Jessica Parker as a high-powered finance type who's also the mother of two young children and trying to balance the many competing elements in her life. Christina and Olivia will play her friends. Male roles will go to Pierce Brosnan and Kelsey Grammer.

Ah, here's the first picture from the fourth part of HOLLYWOOD SPY's favourite animated saga of all times ICE AGE: CONTINENTAL DRIFT. Following the amazing success of previous sequel  DAWN OF THE DINOSAURS which earned almost $1 billion in cinemas, CONTINENTAL DRIFT will hit cinemas in summer 2012. The first image shows the most beloved animated character ever Scrat, the sabretooth squirrel, and his infamous, constantly evasive, nut!
Posted by DEZMOND at 2:00 PM