One of my favourite British actors, talented Damien Lewis (THE FORSYTHE SAGA, DREAM CATCHER, BAND OF BROTHERS, LIFE) will get his new TV show. According to "Beyond Hollywood" he will take the lead role in Showtime's HOMELAND, which comes from 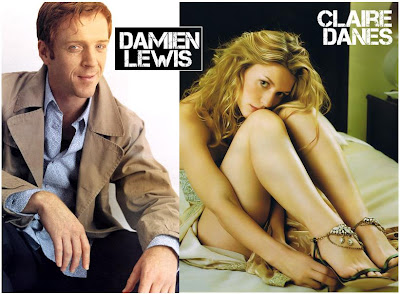 the producers of 24 and will see Lewis as a former prisoner of war who returns home after 8 years in captivity, only to be suspected by the CIA of being a possible terrorist sleeper agent waiting to go batty on the homeland. Claire Danes will join him as a CIA agent. 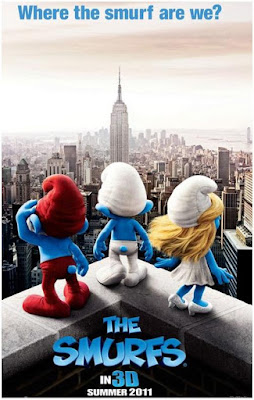 A new picture from next years crazy adventure SMURFS, in which those adorable blue gnomes will visit Central Park, is here and it shows all of them - Papa Smurf (Jonathan Winters), Smurfette (Katy Perry), Gutsy Smurf (Alan Cumming), Clumsy Smurf (Anton Yelcin)... The film also stars Neil Patrick Harris, Sofia Vergara and Hank Azaria as Gargamel. In the film, the evil wizard Gargamel will chase the tiny blue Smurfs out of their village and they will tumble from their magical world into Central Park. Just three apples high and stuck in the Big Apple, the Smurfs must find a way to get back to their village before Gargamel tracks them down. The film comes out next August and it will be in 3D! 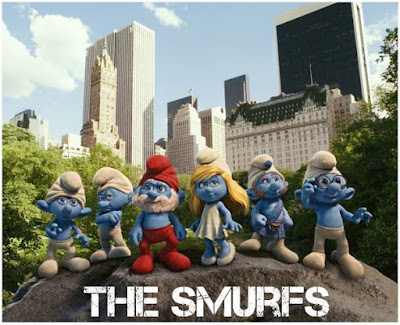 Meanwhile, HOLLYWOOD SPY is wishing you a smurfilicious Christmas Eve tonight in the cozy atmosphere of your shroom-houses away from Gargamel :)
Posted by DEZMOND at 2:07 PM