SUPER HEROINE "RAVEN" GETS HER TV SHOW ON CW. "THE AVENGERS" MIGHT FEATURE BARON ZEMO AMONG ITS SUPERHEROES.

Heh, it seems that beside WONDER WOMAN, we shall get another female superhero in a television series. CW is planning a RAVEN TV show based on DC Comics' super heroine who is a half-demon and is best known on earth as Rachel Roth. 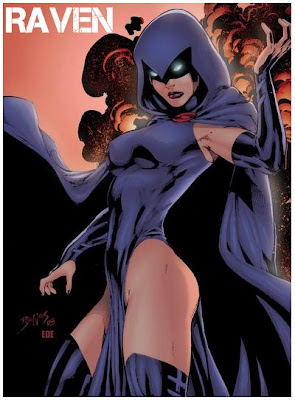 According to "MovieWeb" the new show will follow Raven, the daughter of a human and a demon born with the ability to read people's emotions and learn their innermost secrets. She can also teleport herself, and enter the mind of others, often using her super powers to keep bad guys in check. RAVEN will replace SMALLVILLE if the pilot episode proves successful.

In another super hero news the 2012 Marvel film project THE AVENGERS which will have all their biggest super heroes in one movie (Robert Downey Jr as IronMan, Scarlett Johansson as Black Widow, Chris Evans as Captain America and Chris 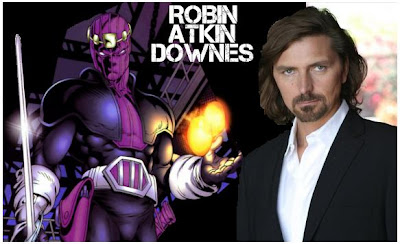 Hemsworth as Thor) will also have Baron Helmut Zemo as a supporting character and it seems that Robin Atkin Downes will lend him his voice if the producers decide to make it a CGI character. Atkin Downes has already given his voice to the purple masked villain in the animated THE AVENGERS series.
Posted by DEZMOND at 1:40 PM