After many rumors, it's finally official - Channing Tatum will be a cop. He will take the lead role in the movie adaptation of 21 JUMP STREET alongside Jonah Hill. If you remember, the original with Johnny Depp has 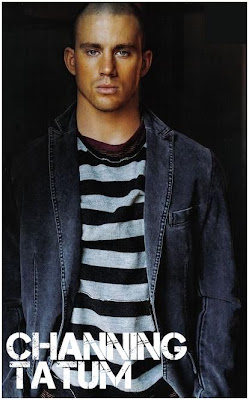 focused on young cops with youthful appearances who work undercover in high schools and colleges.

Although the show scored a huge success and has already been renewed for the second season, Frank Darabont has fired all the writers of his THE WALKING DEAD series.  This isn't so surprising when you come to think about it. Darabont himself wrote the pilot and the second episode, which were the best in the whole series, while the rest of the much weaker episodes were written by the fired staff. His plan is to assign scripts to freelancers for the 2nd season.

It seems that Bryan Singer has started searching for the actors in his new fantasy project JACK THE GIANT KILLER, and according to current rumors the main contenders for the lead role of the young farmer who leads a rescue mission to save a princess from the giants' land are young actors and top models Aaron 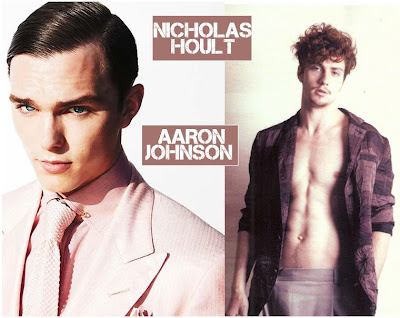 Johnson and Nicholas Hoult. Lilly Collins or Juno Temple might play the princess. According to "Heat Vision"  actors will be asked to sign eight or nine-month hold deals, which is quite a long time  even for a huge fantasy tale. 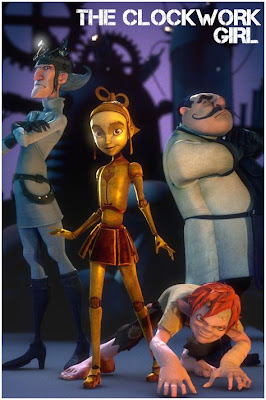 Now this sounds charming. According to "MovieWeb", the production has just begun on THE CLOCKWORK GIRL, the first in a series of animated films based on graphic novels published by Arcana Studios. It is a coming of age story of Tesla (she obviously got her name from Nikola Tesla, the famous Serbian scientist who basically gave the world electricity, remote control, radar and computer science), a robot girl, and Huxley, a monster boy, who embark on a journey to save their world from destruction. The stars which will give their voices to the characters in the film include Jesse McCartney, Carrie-Anne Moss, Alexa Vega...
Posted by DEZMOND at 1:51 PM