The film adaptation of the 2007 steampunk adventure bestseller written by Catherine Fisher, INCARCERON, which I mentioned a few times before, has got its lead star. Taylor Lautner will play Finn, a young lifelong resident of Incarceron, a fully self-contained prison society. He meets the daughter of the Incarceron warden, who is housed in her own prison which resembles the 17th Century. When they find a mysterious key, and learn about the only man to ever escape the prison, they hatch their own plan to escape. 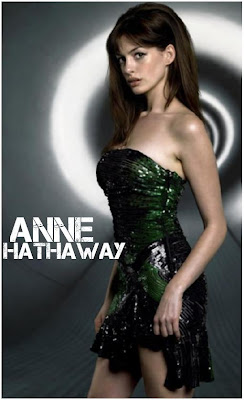 I love the girl, but I'm not sure where does this sudden hype around her come from? According to fresh rumors Anne Hathaway has been signed by Universal to be the new BARBARELLA. As you know the remake will follow a female mercenary who roams across the universe in a distant future, undertaking missions that require her physical fearlessness, ingenuity and sensuality. The role was previously reserved for Drew Barrymore.

The first official poster and trailer for next year's most anticipated super hero film THOR are here. Starring Chris Hemsworth as 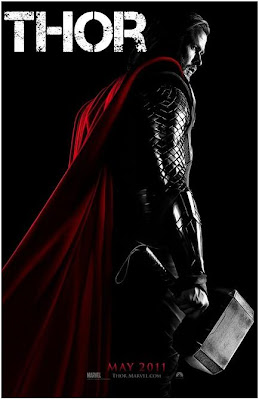 Thor, the epic adventure goes from present day Earth to the realm of Asgard.At the center of the story is The Mighty Thor, a powerful but arrogant warrior whose reckless actions reignite an ancient war. Thor is cast down to Earth and forced to live among humans as punishment. Once here, Thor learns what it takes to be a true hero when the most dangerous villain of his world sends the darkest forces of Asgard to invade Earth. The film also stars Anthony Hopkins, Ray Stevenson, Samuel L. Jackson...
Posted by DEZMOND at 2:06 PM