'COLOSSEUM' EPIC SERIES
FROM 'SPARTACUS' PRODUCER
If you miss the gladiators from Spartacus series, don't despair, its writer David Franzoni (Gladiator) is preparing another similar series COLOSSEUM set in the world of the Roman

Empire’s gladiatorial games! Franzoni will executive produce the series with Dirk Hoogstra (Vikings) next year at New Zealand. As 'Deadline' reports, using the gladiator arena and its deadly games as the backdrop, COLOSSEUM will be a multi layered drama that deals with the lives of the gladiators and the powerful men and women who attempt to use them as political pawns. It will introduce us with the workers, interns, slaves, creatures and geniuses – the shadow community that truly ruled Rome!

BBC has, meanwhile, ordered a two hours mini series on Agatha Christie's THE WITNESS FOR THE PROSECUTION about a 1920's brutal murder of a rich heiress.


'WESTWORLD' SERIES TRAILER
WITH STELLAR ENSEMBLE CAST
Sticking to the telly world, here's the first trailer for HBO's upcoming new fantasy series WESTWORLD which is set in a futuristic theme park in which androids can make all your fantasies come true. The 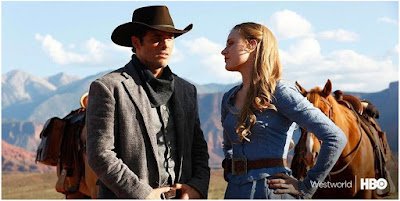