'GIRL ON THE TRAIN' TRAILER
WITH EMILY BLUNT, LUKE EVANS AND JUSTIN THEROUX
Two trailers for you today beginning with the first one for Emily Blunt's THE GIRL ON THE TRAIN, the adaptation of Paula Hawkins book, also starring Luke Evans, Rebecca Ferguson, Justin 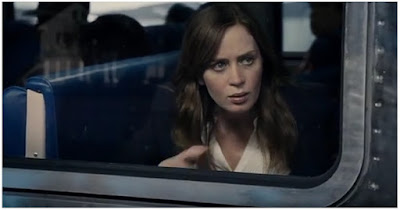 Theroux, Haley Bennett, Edgar Ramirez and Allison Janney! In the thriller, Rachel (Blunt), who is devastated by her recent divorce, spends her daily commute fantasising about the seemingly perfect couple who 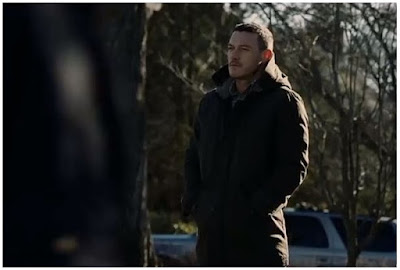 live in a house that her train passes every day, until one morning she sees something shocking happen there and becomes entangled in the mystery that unfolds.

'MAGNIFICENT SEVEN' TRAILER
REMAKE WITH CHRIS PRATT
Now, here's something we heard almost nothing about even though it is out this year and has a stellar cast: the first trailer and photos have finally been released for the remake of THE MAGNIFICENT SEVEN which is out this September! 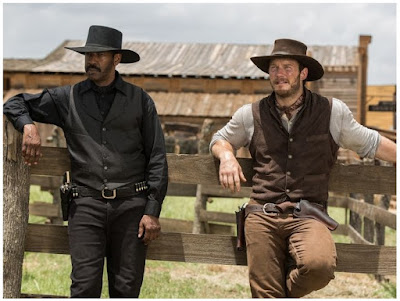 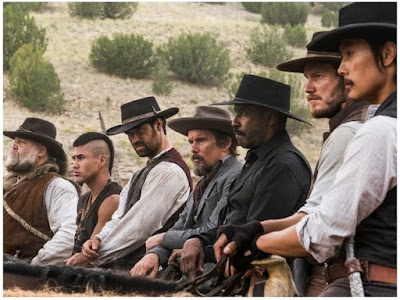 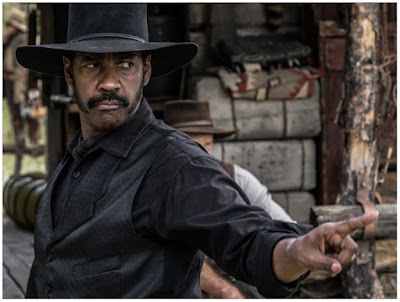 (Byung-Hun Lee), Vasquez (Manuel Garcia Rulfo), and Red Harvest (Martin Sensmeier). As they prepare the town for the violent showdown that they know is coming, these seven mercenaries find themselves fighting for more than money.