Now, here's a delightful project: Matthew McConaughey will lead the voice cast of the animated movie SING set for December 2016 release with more than 85 hit songs in it! He will be as Buster Moon, a dapper koala who runs a once great theatre that has fallen on hard times. Seeing the thing he loves most in his life coming to ruin, Buster connives to restore the theatre’s fortunes by producing the world’s greatest singing competition. Seth MacFarlane will be a crooning, con artist mouse; Tori Kelly a timid teenage elephant suffering from stage fright; Reese Witherspoon the overtaxed mother of a litter of 25 piglets; Taron Egerton a young gorilla from a crime family eager to break out of the family business; and Scarlett Johansson as a punk rock porcupine looking to ditch her arrogant boyfriend and embark on a solo career. 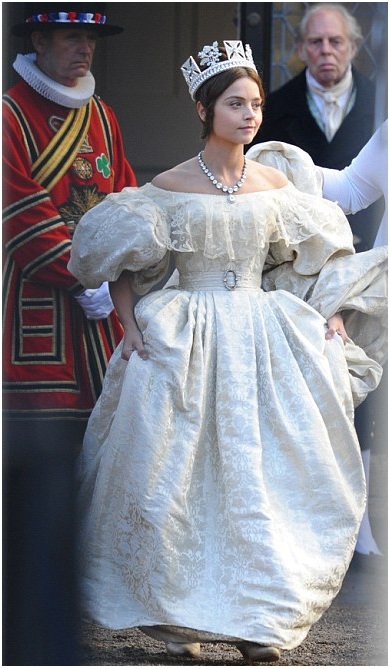 and Rufus Sewell as her prime minister Lord Melbourne. The eight episode epic saga will follow VICTORIA's early life from her ascension to the throne at the tender age of 18 through to her courtship and marriage to Prince Albert!
DID YOU KNOW?
An entire RAF base in Yorkshire has been converted into a studio for the seven month shooting. The producers of this year's best British 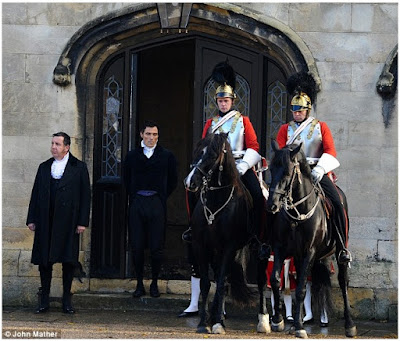 historical shows POLDARK and INDIAN SUMMERS are standing behind this one as well! 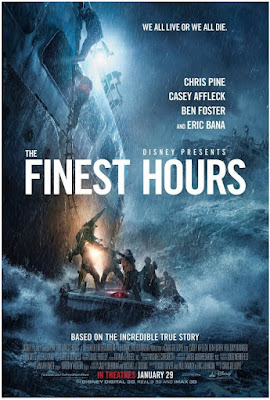 You can also get thrills from the second trailer and a new poster for THE FINEST HOURS action drama out this January with Chris Pine in the lead role. In February of 1952, one of the worst storms to ever hit the East Coast struck New England, damaging an oil tanker off the coast of Cape Cod and literally ripping it in half. On a small lifeboat faced with frigid temperatures and 70-foot high waves, four members of the Coast Guard set out to rescue the more than 30 stranded sailors trapped aboard the rapidly-sinking vessel. Eric Bana, Ben Foster, Holliday Grainger, Graham McTavish and Cassey Affleck are also in the star studded cast!
Posted by DEZMOND at 1:30 PM