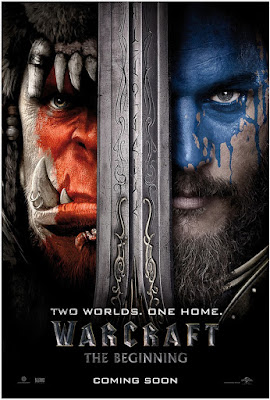 Epic pleasures for you today (with the news coming from CBS that in January 2017 they will launch new STAR TREK TV series!) starting with Universal's announcement that they have slightly changed the title of their latest video game adaptation: WARCRAFT: THE BEGINNING has also gotten a new poster ahead of the trailer release this Friday showing main characters Orgrim (Robert Kazinsky) and Anduin Lothar (Travis Fimmel) split by the Dragon Sword! Obviously viewed as the first in the franchise of films, it will open in cinemas next 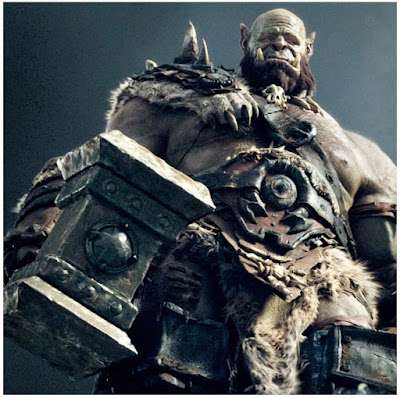 summer set in the mystical epic world of Azeroth! Dont forget to tune in Friday for the mindblowing trailer, below is the short teaser of it. 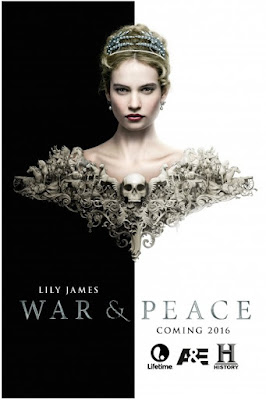 But probably the biggest epic treat today is the lavish and expensive looking first trailer for BBC historical series WAR AND PEACE along with a new poster (an unpleasantly bizarre one glamorising death instead of focusing on the tragedy of war, obviously since it was made for the US audience)! The trailer looks as impressive as its star studded cast is: James Norton, Jim Broadbent, Gillian Anderson, Jack Lowden, Greta Scacchi, Rebecca Front, Stephen Rea, Aneurin Barnard, Brian Cox, Lily James, Paul Dano are all the members of the huge ensemble cast. Following five aristocratic families the epic six episode 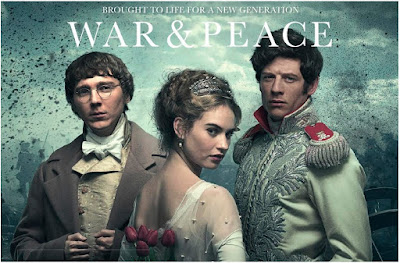 series is set in the 1869 French invasion of Mother Russia, and will, something tells me, air in UK probably around Christmas, with Lifetime, History and A&E airing it next year around the world.
Posted by DEZMOND at 1:20 PM