NEW 'ZOOTOPIA' TRAILER
HAS SLOTHS  AS DESK CLERKS!
And while you're probably going to cinema this Thanks giving to watch THE LAST DINO- SAUR, we're going animated today too, 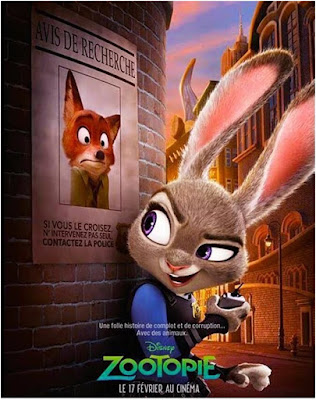 beginning with a new trailer and poster for Disney's ZOO TOPIA which will bring the menagerie to the theatres next March following a fox (Jason Bateman) who is framed for a crime he didn't commit. Hot on his tail (quite literally) is the town's top cop, a rabbit (Ginnifer Goodwin) who will stop at nothing to catch her prey. But when they both become targets of a conspiracy, they're forced to join up and work together.

'THE SECRET LIFE OF PETS'
GETS A HOLIDAY TRAILER! 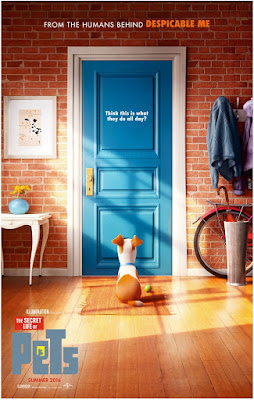 Meanwhile, a new wonderfully festive (don't miss the uber hilarious end with a hampster) holiday trailer has been released for THE SECRET LIFE OF PETS out next July! Taking place in a Manhattan apartment building, Max's life as a favourite pet is turned upside down, when his owner brings home a sloppy mongrel named Duke. They have to put their quarrels behind when they find out that an adorable white bunny named Snowball is building an army of abandoned pets determined to take revenge on all happy-owned pets and their owners. 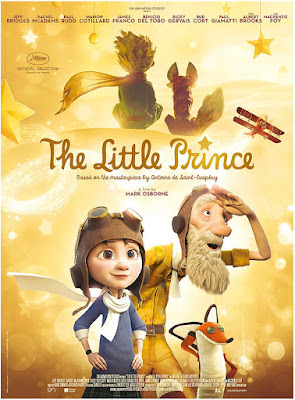 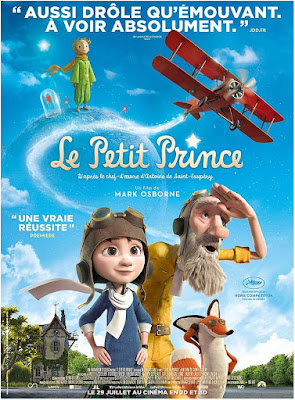 extraordinary world where anything is possible. A world that he himself was initiated into long ago by THE LITTLE PRINCE. It's here that The Little Girl's magical and emotional journey into her own imagination - and into the universe of The Little Prince - begins. And it's where The Little Girl rediscovers her childhood and learns that ultimately, it's human connections that matter most, and that what's truly essential can only be seen with the heart.