Remember how a few years ago I told you  that beside CINDERELLA, SNOW WHITE, ALICE, MALEFICENT and other tales, studios are also planning to do a live action version of THE LITTLE MERMAID? Well, they've finally moved from the spot by casting Chloe Moretz in the lead role! Universal has apparently hired Richard Curtis to pen the script for the movie which is still without a director after Sofia Copolla gave up on the project because, as rumours say, she didn't want a teen star in the cast!
As you know the story follows LITTLE MERMAID who falls in love with a human prince whom she saved from drowning and dreams of growing legs and becoming human like him. You will next see Moretz next January in sf epic THE 5TH WAVE, an adaptation of Rick Yancey's novel.


'CHRISTMAS EVE' TRAILER
WITH PATRICK STEWART!
And we finally have a trailer for this December's festive comedy movie CHRISTMAS EVE starring Patrick Stewart in a story that takes 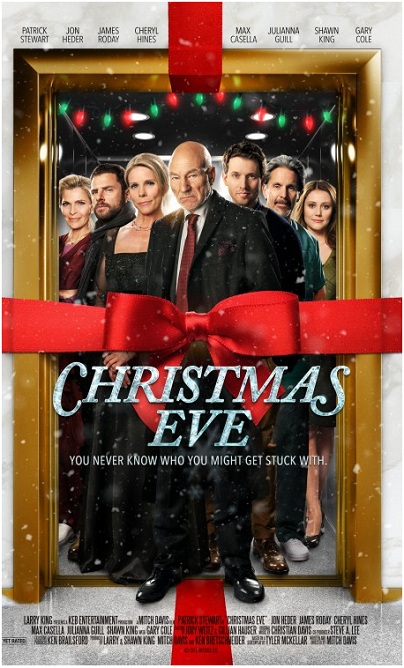 place hours before Christmas, with 20 strangers having to celebrate the holiday together in six lifts due to a New York power outage. You can check out the first poster too!
Posted by DEZMOND at 2:00 PM