'THE GIRL ON THE TRAIN'
LUKE EVANS JOINS EMILY BLUNT

Now we know why our favourite Welshman in the world Luke Evans has opted out of US Army propaganda SAND CASTLE movie with Henry Cavill: he will take a role in THE GIRL ON THE TRAIN instead! He replaces Jared Leto joining Emily Blunt, Edgar Ramirez and Rebecca Ferguson in the film in which he will play the husband of Haley Bennett's character. In the adaptation of Paula Hawkins novel Emily Blunt plays a divorced woman fascinated by a couple she watches on her commute to work. But events take a sinister turn when the wife (Bennett) disappears and the Girl on the Train starts to suspect she may be witness to a murder.


NEW SF TV SERIES
'TEMPEST' AT CW
In TV news today, CW will produce utopian series TEMPEST about a young woman living in a utopian spaceship who finds out the ship is secretly powered by slaves and becomes enmeshed romantically and politically in the dangerous rebellion brewing below the decks.
AMAZON'S 'DARKOOVER'
Amazon is also going sf by turning DARKOVER sf novels into series! Marion Zimmer Bradley's saga has 25 books and it has 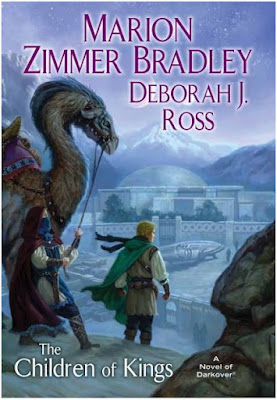 been translated into almost 20 languages as a mix of fantasy and science fiction set on the exotic planet of Darkover.
244 DEGREES OF FREEDOM
Fox has bought sf series 244 DEGREES OF FREEDOM set in a world where robots have evolved in intelligence, influence, and social status, and humans have been relegated to a permanent underclass until one man is driven to lead a rebellion against the machines, risking everything to uncover a conspiracy that could spell the end of the human race.


DISNEY'S FIRST TRAILER FOR
ALICE THROUGH LOOKING GLASS
Disney has revealed the first trailer for their fairy tale movie ALICE THROUGH THE LOOKING GLASS which is out next May! Alice (Mia Wasikowska) has spent the past few years following in her 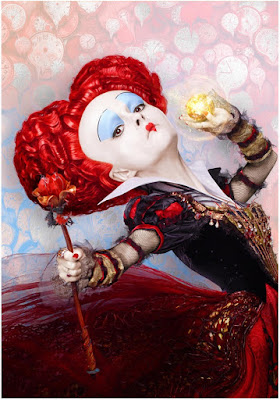 father's footsteps and sailing the high seas. Upon her return to London, she comes across a magical looking glass and returns to the fantastical realm of Underland and her friends the White Rabbit, Absolem, the Cheshire Cat and the Mad Hatter (Johnny Depp), who is not himself. The Hatter has lost his Muchness, so Mirana (Anne Hathaway) sends Alice on a quest to borrow the Chronosphere, a metallic globe inside the chamber of the Grand Clock which powers all time. Returning to the past, she 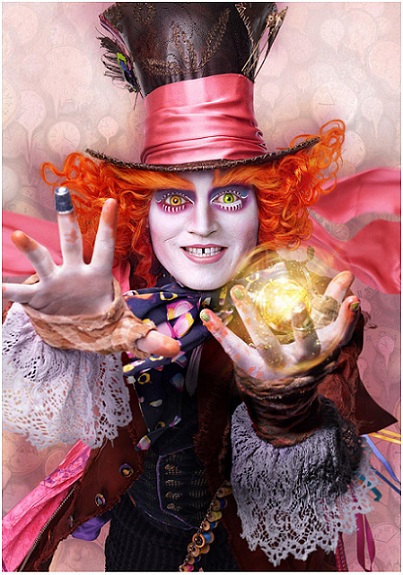 comes across friends - and enemies - at different points in their lives, and embarks on a perilous race to save the Hatter before time runs out.  Helena Bonham Carter, Stephen Fry, Alan Rickman and Michael Sheen also star.
Posted by DEZMOND at 1:30 PM