If seeing Jason Momoa as the future Aquaman ain't enough for you, here's a happy piece of news: he will lead epic TV mini series FRONTIER from Discovery Canada which has been picked up by Netflix as well! The six episode epic adventure series follows the chaotic struggle to control wealth and power in the North American fur trade in the late 18th century. Also starring are Alun Armstrong, Landon Liboiron, Zoe Boyle, Allan Hawco and Jessica Matten.
Told from multiple perspectives, the series takes place in a world where business negotiations might be resolved with close quarter hatchet fights, and where delicate relations between native tribes and Europeans can spark bloody conflicts! 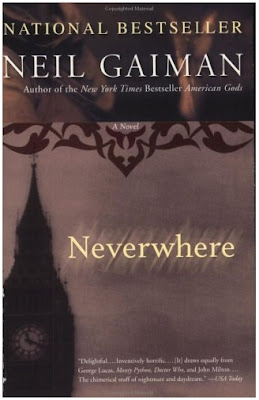 book into a TV series for BBC2! When Richard Mayhew encounters an injured girl named Door on the street one night, he decides to help her despite his fiancée’s protests. Upon doing so he ceases to exist on Earth and becomes real only to the denizens of “London Below,” whose inhabitants are generally invisible and non existent to the people of “London Above.” He loses his house, his job and nearly his mind as he travels London Below in an attempt to make sense out of it all, find a way back and help Door survive as she is hunted down by hired assassins.


'TURKEY HOLLOW' TV
MOVIE FROM JIM HENSON!
Check out how cute this is - a trailer and a poster for Jim Henson's TURKEY HOLLOW TV movie which hits Lifetime November 21st ahead of Thanksgiving! The movie follows the Emmerson family as they 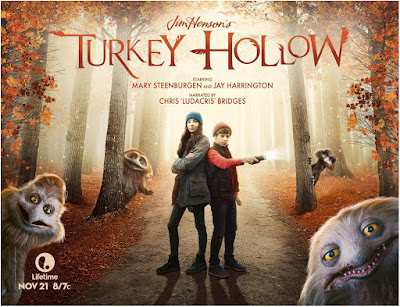 head to the quaint town of Turkey Hollow to spend a rustic Thanksgiving where they soon find themselves swept up in tracking the “Howling Hoodoo,” an elusive monster that, up until now, Turkey Hollow residents have long dismissed as mere legend.
Posted by DEZMOND at 1:10 PM