'VAN HELSING' TV SERIES
DR ABRAHAM'S DAUGHTER
Promo art coming to you today for two of SyFy's upcoming new series! Both shows are to air probably Autumn next year with castings for the first one yet to start. VAN HELSING is coming from Neil LaBute, with a female hero! It will be told from the point 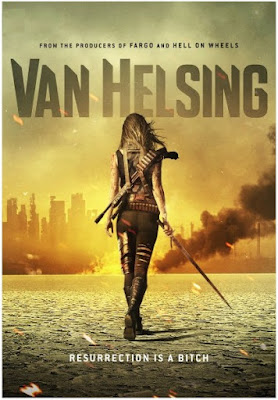 of view of Dr Abraham Van Helsing's daughter Vanessa Helsing, who is resurrected five years into the future after a long sleep in the world that has been overrun by vampires, leaving Vanessa Helsing as the last hope for humanity's survival.
AGAINST VAMPIRES
The 13 episodes will see her leading the Resistance across the Wasteland, in the former America, in search of the hole in the sky in Colorado because the uninterrupted sun there is as strong as the vampire's bite and they could 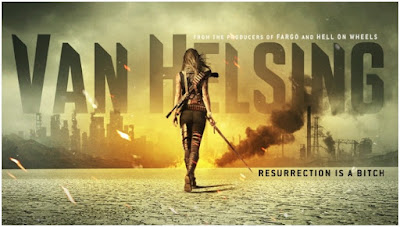 harness its power to fight the vampires!  Along the way they will come across human fortresses and vampire strongholds - some friendly, most not.


'WYNONNA EARP' TV SERIES
WYATT'S GRANDDAUGHTER
The other one comes from the creators of KILLJOYS and it already has its cast! WYNONNA EARP will follow Wyatt Earp’s great granddaughter Wynonna as she battles demons and other supernatural beings and uses her 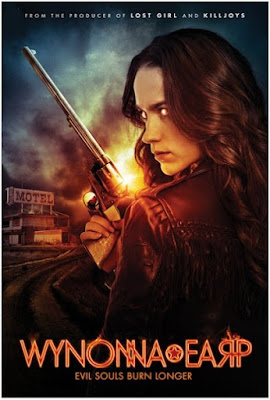 unique abilities and a dysfunctional posse of allies to bring the paranormal to justice! Melanie Scrofano will play Wynonna, Tim Rozon is legendary con artist Doc Holliday, while Shamier Anderson is going to be the mysterious Agent Dolls.
AGAINST DEMONS
After years on the run and in juvenile detention, Wynonna Earp is finally returning home. The only problem is no one back home wants her to return. But when she becomes the town's only 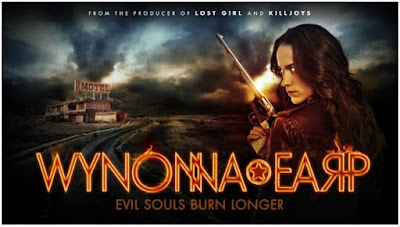 hope of eradicating mysterious demons, Wynonna must choose which side of the law she wants to fight on in order to clear the name of her legendary great grandfather Wyatt Earp once and for all.