'THE MCCARTHYS' SITCOM
TYLER RITTER AS A VERY IRISH GAY BASKETBALL COACH
We shall have a TV day today, people, and I'm bringing you all the latest updates on upcoming sitcoms! We shall start with the latest television 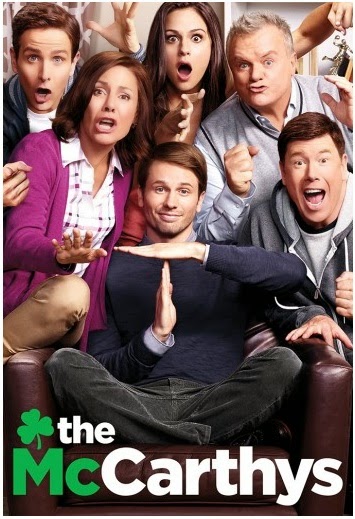 comedy (the genre hasn't had much luck this season since BAD JUDGE and A TO Z have been killed at NBC and MANHATTAN LOVE STORY at ABC) to arrive to the small screens this Fall season: THE MCCARTHYS sitcom started airing this Thursday at CBS! Did you watch it, like it? The series revolves around the McCarthys, a close-knit working class Boston clan whose sports legacy runs deep in the family. But when outspoken father Arthur (Jack McGee), a dedicated high school basketball coach, decides to take his athletically challenged, and openly gay, son Ronny (delightful Tyler 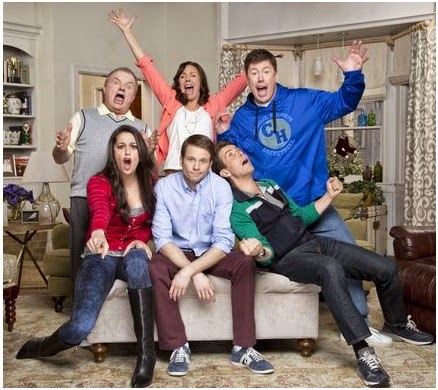 Ritter) under his wing as his new assistant, the other siblings (who are more sports passionate) start crying foul over their dad's choice. The first episode was OK, but lacked visual identity.

GEOFF STULTS TO STAR
IN AND PRODUCE A CBS SITCOM
Speaking of CBS, they have hired Geoff Stults to both produce, write and star in an untitled sitcom which will follow an ordinary bachelor,

a firefighter, who has very little ambition in life. However, he suddenly becomes a national hero and is elected mayor after he is filmed saving two children from a burning building.
WRECKED DESERTED ISLAND SITCOM
TBS has ordered a pilot for WRECKED deserted island comedy chronicling the aftermath of a plane crashing on a remote island. Two best friends, along with an extremely diverse group of survivors, must adjust to life in a dangerous new world that poses unique threats which they mostly bring upon themselves. Danny and Owen, who weren’t quite killing it pre-crash, are given the chance to finally be the kind of men they’ve always wanted to be. No longer plugged in, they become the unexpected leaders of this new society devoid of such comforts as social media, wi-fi, indoor plumbing and fast food restaurants
.

'BENCHED' SITCOM
FROM USA NETWORK
Another sitcom which started airing this week, Tuesdays at USA Network, is BENCHED, which stars Eliza Coupe as a high-powered 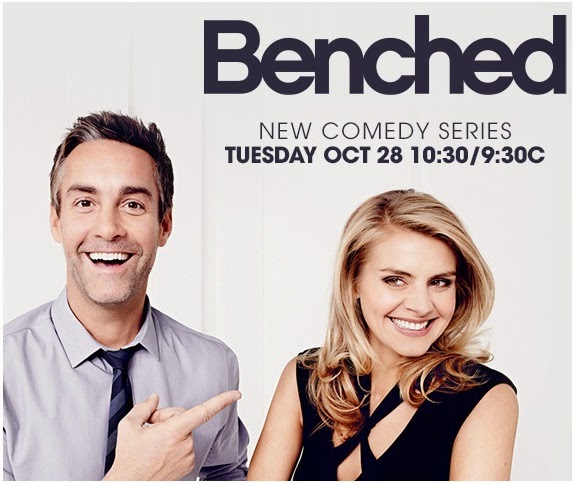 corporate lawyer who falls from grace into the rough and tumble world of a public defender.The 12 episode series also stars always charming Jay Harrington!
Posted by DEZMOND at 2:30 PM