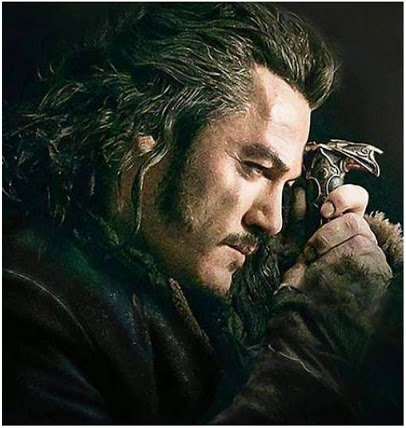 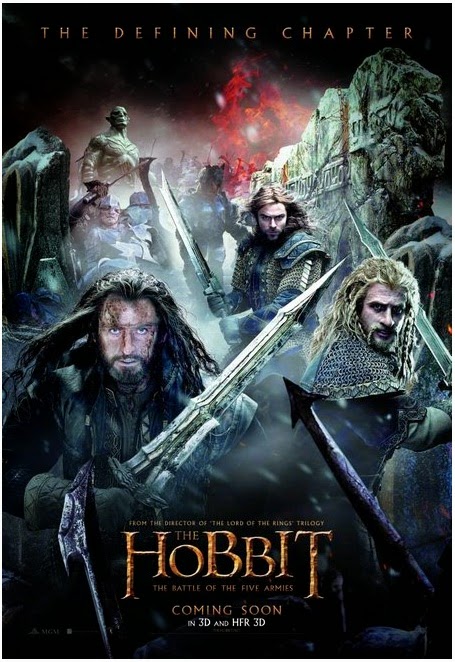 Turner) from Dwarves and Bilbo the Hobbit (Martin Freeman) joining in with Gandalf (Ian McKellen)!


UNITED IN BATTLE
Mere seconds after the events of "Desolation", Bilbo and Company continue to claim a mountain of treasure that was guarded long ago: But with Gandalf the Grey also facing some formidable foes of his own, the Hobbit is outmatched when the brutal army of orcs led by Azog the Defiler returns. But with other armies such as the elves and the men of Lake-Town, which are unsure to be

trusted, are put to the ultimate test when Smaug's wrath, Azog's sheer strength, and Sauron's force of complete ends attack. All in all, the trusted armies have two choices: unite or die. But even worse, Bilbo gets

put on a knife edge and finds himself fighting with Hobbit warfare with all of his might for his dwarf-friends, as the hope for Middle-Earth is all put in Bilbo's hands. The one "precious" thing to end it all.

The Hollywood Reporter reports today that GREEN ARROW Stephen Amell and Susan Sarandon have joined WHATEVER MAKES YOU HAPPY big screen adaptation of William Sutcliffe novel. It follows suburban mothers Helen, Carol and Gillian, who have been friends since their 28 year old sons were in grade school, and all have boys living in New York City. None of them ever call their mothers, and seem to have no sense of direction or responsibility. Feeling marginalized and forgotten, the women impulsively decide to visit their sons unannounced, discovering that their sons' lives may not be the only ones that need fixing in the process.


MAGICAL 'INTO THE WOODS'
NEW POSTERS AND TRAILER
And check out these gorgeous new character posters, along with the truly lovely new trailer (which has much more singing than the previous 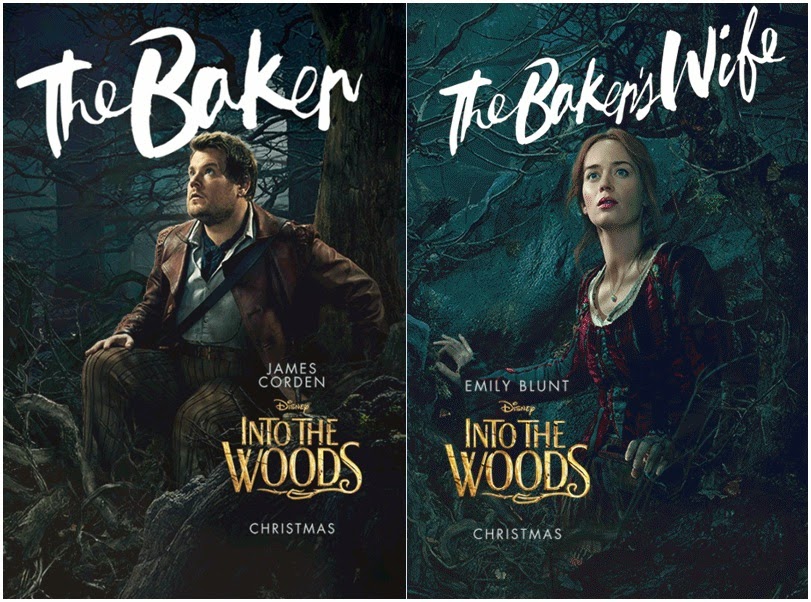 ones), for this winter's humorous and heartfelt fairy tale musical movie INTO THE WOODS showing James Corden as the Baker who, 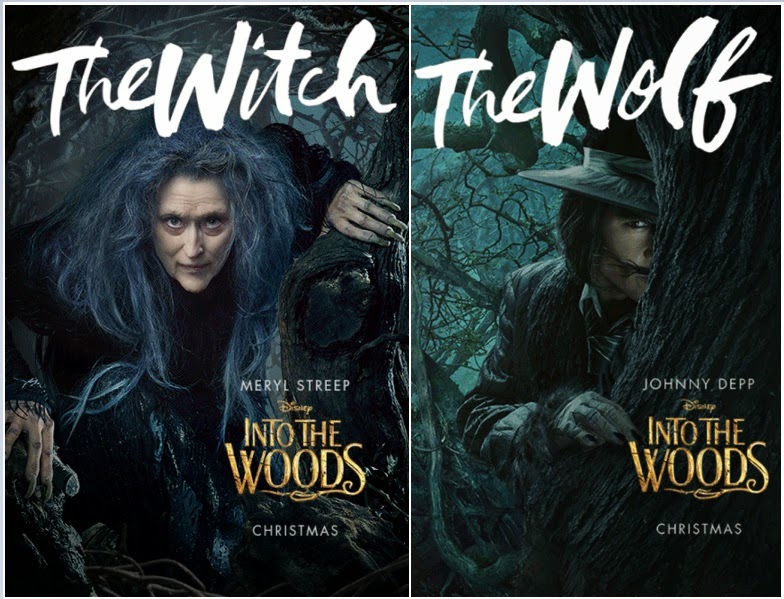 together with his wife (Emily Blunt), tries to lift a curse placed upon them by the evil Witch (Meryl Streep who's never looked prettier) by heading INTO THE WOODS, where they meet a host of beloved and 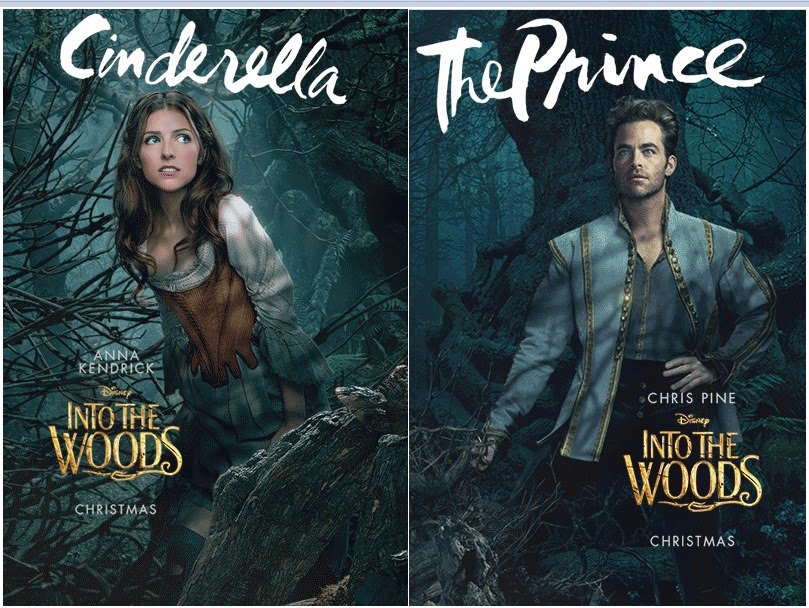 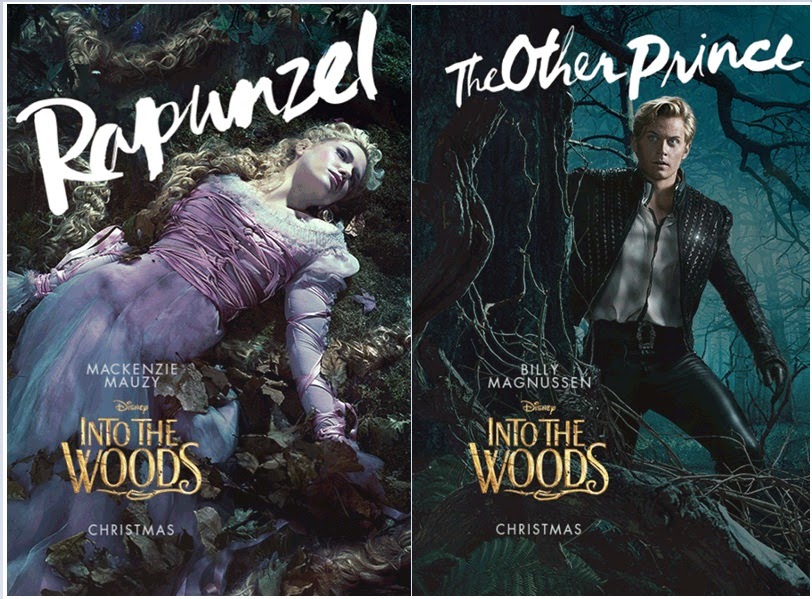 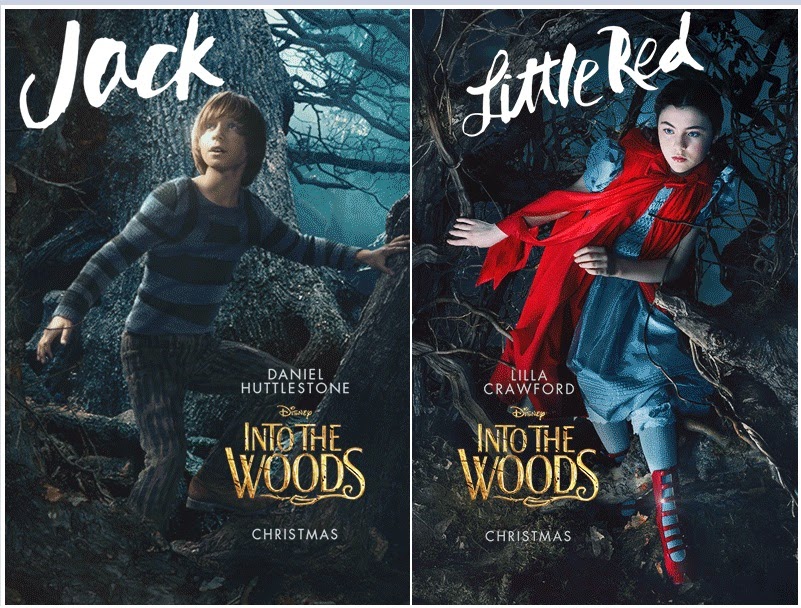 (CHICAGO, MEMOIRS OF A GEISHA) this fantasy adventure will bring magic and sparkle into theatres this Christmas!
Posted by DEZMOND at 2:00 PM

The final Hobbit looks good, but I gotta say, a 45 minute battle scene is a loooooong time. Crikey!

it wouldn't be that tough to follow through if Peter wouldn't make a two hour intro into it making the film last for three hours :)

Amazing Hobbit trailer! Might take a pillow for the bum to sit upon in the theater. Egads - all those people running around in the woods? And is that really Meryl's voice? Lovely if so. Thank you Dezmond!!

This way, before the movie gets to the battle point we'll be already battled down :(

should be a lotta fun!

I must confess, I'm not so interested in The Hobbit (even though I love the book and all of Tolkien's writings). However, I am interested in Into the Woods. It does have Chris Pine and Johnny in it, after all! ;)

it has a hat with a Johnny under it as usual :)

Seems like the Hobbit 3 will never come out. Didn't seem like that long of a wait from 1 to 2. But then again I liked the 2nd way more than the 1st

Hi Dezzy....
I agree with Lynda.....(such a lovely name!)
Hate the Hobbits.....
But that Into The Woods looks really good....
Meryl Streep is an amazing actress....
Enjoy your day
Cheers!
Linda :o)

That Hobbit trailer is AMAZEBALLS!!!!

Those posters are amazing.

I've never been interested in The Hobbit, but that Sarandon movie sounds interesting.

I love the whimsical feel of Into The Woods posters! Such fun!

Whatever Makes You Happy sounds like a light, funny watch. I am going to add that one to my list!

hopefully the third one will be good unlike the first two

I hate Hobbitses too, but that is because me is of the Elven people :)
Meryl will rock that role as always!

will be interesting to see which other actresses will join Sarandon

yep, Chris Pine had some great lines in the trailer :)

Into the Woods looks like fun; I love fairy tales :)

While perhaps the trailer is unnecessary (the other ones were great and we're all gonna see it anyways!) I liked it and can't wait to watch the film. I hope it is the best of the three.

The Hobbit Battle Trailer...wow...it was beyond words. Very emotional and captivating, I just love the Into the Woods posters. Thanks Dev for that feast for the eyes.

'I was raised to be charming not sincere.' Maybe you should have fibbed a bit on that one Prince. No lady wants to hear that. That trailer was fun to watch.

Into the wood is looking so strange and beautiful, love these posters...mmm....

Oh how I love Chris Pine...that being said, I need to get into The Hobbit. I did enjoy the book. :)

They finally gave HOBBIT some emotions and spirit :)
I caught that one from Prince Charming too!

the film should be a stunning treat :)

Good luck with that, sister, first two movies last for at least six hours together or more :)

As a fan of LOTR a must see for me! But I agree a three hour movie of something that is written on a few pages in the book is very long!

it is too much for any kind of movie :) It is physically almost hurtful to sit for three hours!