So, are you ready for the early spring in cinemas? You know the blockbuster season now begins already in the third month, and this year it's swamped with the biggest possible epics and fantasy tales. I've mentioned all of these before, but here's a reminder so that you don't forget them: 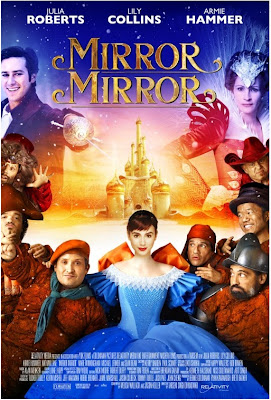 MIRROR MIRROR
As you know, HOLLYWOOD SPY adores Tarsem and thinks he has a Mida's touch when it comes to the visual splendour of his movies. He's a dreamer and dreamers are who we love. Set to premiere March 30th, his version of Snow White tale will bring lots of charming humour and delightful colours beside the mind blowing sets and costumes. Julia Roberts plays a wicked enchantress who schemes and scrambles for control of a spirited orphan’s (Lily Collins) throne and the attention of a charming prince (Armie Hammer). When Snow White’s beauty wins the heart of the prince that she desperately pursues, 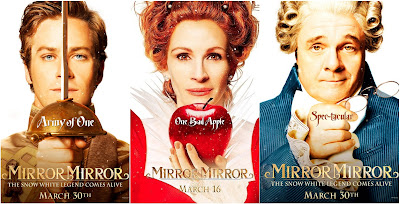 the Queen banishes her to the forest, where a ravening man-eating beast hungrily awaits. Rescued by a band of diminutive highway robbers, Snow White grows into an indomitable young woman determined to take back her realm from the treacherous Queen. With the support of 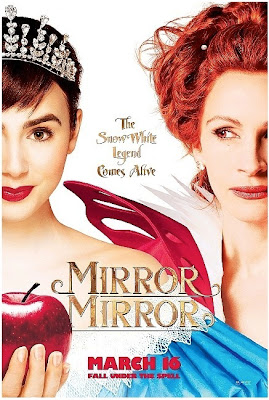 her subjects, she roars into action in an epic battle that blends spectacle, magic and contemporary humor in Singh’s signature, jaw-dropping visual style. Sean Bean plays the king and Nathan Lane plays the Queen's servant.Click for the long spotlight and trailer.

DID YOU KNOW? Sam Claflin actually auditioned for the Prince role in MIRROR MIRROR but lost to Armie Hammer, and then went to take the same role in the rival project SNOW WHITE AND THE HUNTSMAN. A similar thing happened to Lily Collins, who first auditioned for SNOW WHITE AND THE HUNTSMAN and lost the role to that horrid TWILIGHT wench, only to get the role in MIRROR MIRROR.
HUNGER GAMES
As you also know, I'm strongly opposed to young kids and teens being used and portrayed as action heroes, assassins and violent murderers, 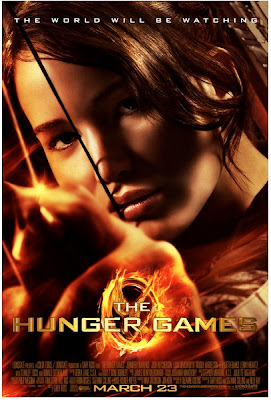 and I think modern YA writers are the most irresponsible bunch of people in the world who are teaching children that fighting and competing and seeing rivals around you is the way to live (a method later used to create soldiers who will go around the world occupying countries rich with resources they can steal and killing innocent men, women and kids of different religion and culture), but I know many of you are excited to see this film, the adaptation of a YA saga. Jennifer Lawrence, Josh Hutcherson, Liam Hemsworth, Elizabeth 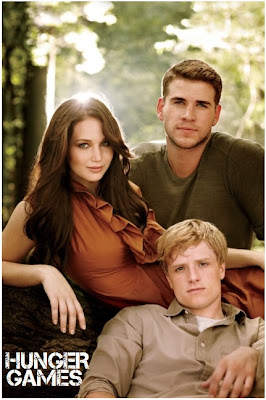 Banks, Woody Harrelson, star in the film in which dystopic Capitol requires its twelve subjugated districts to pay tribute in the form of a teenage boy and girl who are forced to participate in the annual Hunger Games, a fight to the death on live TV. When Katniss Everdeen's little sister is chosen in the lottery, Katniss volunteers to take her place. Although persevering through hardship is commonplace for Katniss, she must start making choices that weigh survival against humanity and life against love in order to win the games and return home.

DID YOU KNOW? The soundtrack of the film features a strange mix of musicians, putting together Taylor Swift and Arcade Fire for example. Taylor is singing the main song! 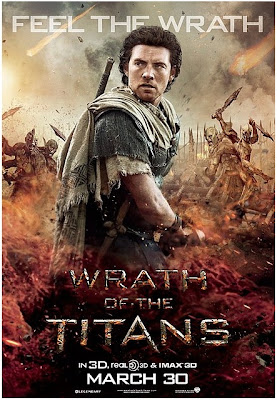 and is set a decade after the heroic defeat of the monstrous Kraken, when Perseus (Sam Worthington), the demigod son of Zeus (Liam Neeson), is attempting to live a quieter life as a village fisherman and the sole parent to his 10-year old son, Helius. Meanwhile, a struggle for supremacy rages between the gods and the Titans. Dangerously weakened by humanity's lack of devotion, the gods are losing control of the imprisoned Titans and their ferocious leader, Kronos, father of the long-ruling brothers Zeus, Hades (Ralph Fiennes) and Poseidon (Danny Huston). The triumvirate had overthrown their powerful 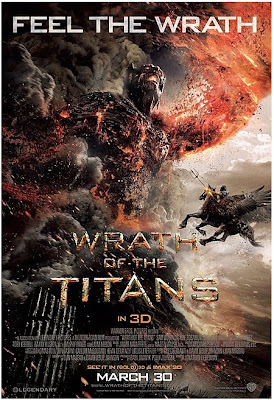 father long ago, leaving him to rot in the gloomy abyss of Tartarus, a dungeon that lies deep within the cavernous underworld. Perseus cannot ignore his true calling when Hades, along with Zeus' godly son, Ares (Edgar Ramirez), switch loyalties and make a deal with Kronos to capture Zeus. The Titans' strength grows stronger as Zeus' remaining godly powers are siphoned, and hell is unleashed on earth. Enlisting the help of the warrior Queen Andromeda (Rosamund Pike), Poseidon's demigod son, Argenor (Toby Kebbell), and fallen god Hephaestus (Bill Nighy), Perseus 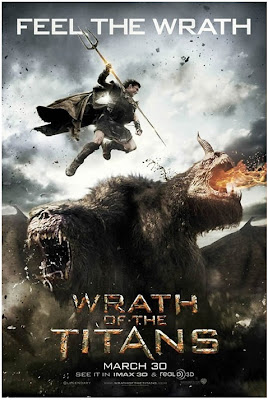 bravely embarks on a treacherous quest into the underworld to rescue Zeus, overthrow the Titans and save mankind. Click for the trailer!

DID YOU KNOW? The sequel had a lot of problems with casting. Even though the female stars from the first film were great, Gemma Arterton didn't return since she was busy filming HANSEL AND GRETEL WITCH HUNTERS, while Alexa Davalos, who played Andromeda was replaced by much weaker Rosamund Pike who didn't have a difficult task beating even weaker Hayley Atwell and Clemence Poesy for the role. Javier Bardem and James Franco 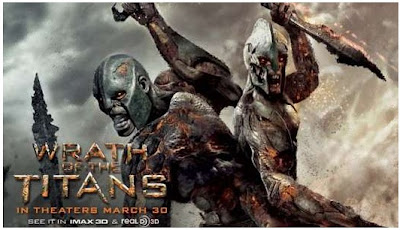 were the first choices for the roles of Ares and Agenor, but the roles went to less known Edgar Ramirez and Toby Kebbell.
Posted by DEZMOND at 12:00 AM