JONNY LEE MILLER IS NEW SHERLOCK HOLMES IN CBS' SHOW "ELEMENTARY"! RUPERT FRIEND "IN THE COUNTRY OF LAST THINGS"! TOM HIDDLESTON IN "BLACK WINGS HAS MY ANGEL"! ANNETTE BENNING IN CATHERINE "THE GREAT"!

You've probably noticed how real talent often disappears in Hollywood due to not being used in the big films instead of mediocre stars. For me, Rupert Friend has always been a typical example of that: although he 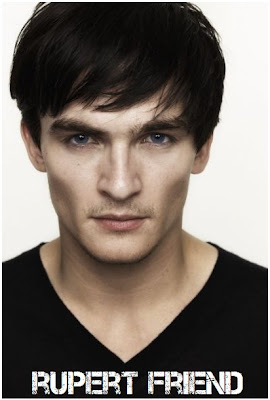 was most amazing beside Emily Blunt in YOUNG VICTORIA as the Queen's subtle, wise and above all calm husband, he never really got bigger roles after that. Will that change? According to "Screen Daily" he will star in UK and French sf film IN THE COUNTRY OF LAST THINGS, a film adaptation of Paul Auster's famous dystopian novel translated in 42 languages so far. The drama charts a young woman’s journey through an imaginary, apocalyptic country where she hopes to find her lost brother. On the way, the woman falls in love with a foreign journalist who is trying to gather information about the land in the hope of rescuing its history and their own. Young Alicia Vikander could join Rupert in the lead role. 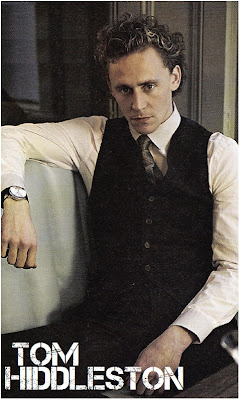 revolves around an escaped convict and a high-class call girl whose lives are changed by an armored car heist. The lead roles have already been given to always amazing Tom Hiddleston from THOR and WAR HORSE, and to always horrid Anna Paquin, and they will also be joined by Elijah Wood who hasn't been present on film much lately. After BBC's super successful SHERLOCK show, according to "Deadline", CBS is preparing their own, modern version called ELEMENTARY in which Jonny Lee Miller will play the famous detective who now lives in New York City. We shall watch Lee Miller this year in Tim Burton's DARK SHADOWS next to Johhny Depp and in vampire tale BYZANTIUM next to Saoirse Ronan.
And the third story I've found over at "Screen Daily" on this very boring day when it comes to movie news, is connected with Gillian Armstrong's new directorial project THE GREAT, in which Annette Benning will take a role in the story inspired by the intriguing life of 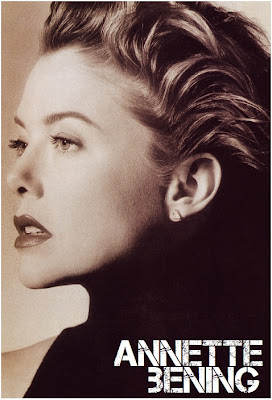 18th century Russian empress, Catherine The Great, who remains one of the greatest rulers in history. In the film she will be a minor royal living in rural Prussia, idealistic, naive and an utter romantic. When she is chosen to be married to Peter, Emperor of Russia, she is thrilled and dreams of a great love and a beautiful life. Instead she must choose between her own personal happiness and the future of Russia. And in doing so she brings enlightenment to her people. As you know it turned out that Peter was a flimsy drunkard and in order to protect her new country Catherine took things into her hands and became the longest ruling Russian empress under whose rule Russia became the greatest European power. Catherine Zeta Jones played her in a great mini 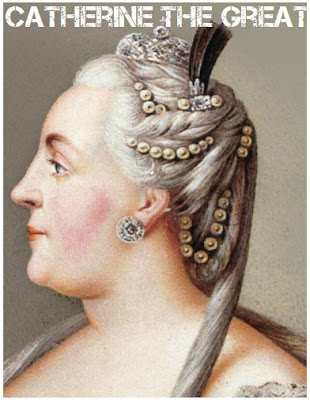 series and there were also some horrid plans for Angelina Jolie to play the queen in an epic. I'm guessing Benning will play Empress Elizabeth who recognised Catherine's strength when she chose her to be her grandson Peter's wife. There was also a plan for Channing Tatum to star in LOVE AND HONOUR as an American soldier Kieran Selkirk, recruited by Benjamin Franklin to convince the Russian Empress not to join the British in war against America. This epic adaptation of Randall Wallace's novel, who was supposed to direct the film as well, hasn't been mentioned since 2010 and it was supposed to star Anne Hathaway as Catherine's servant, and Selkirk's love interest.
Posted by DEZMOND at 12:00 AM