Always charming Dominic Cooper, whom you've just seen yesterday in the trailer for ABRAHAM LINCOLN VAMPIRE HUNTER, will replace Clive Owen in CITIES, which also has Orlando Bloom and Kirsten Dunst in 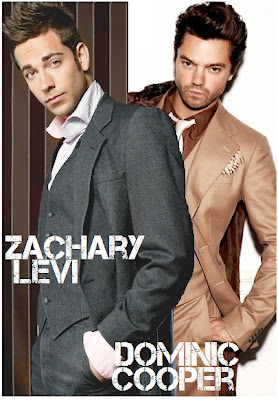 the cast and which takes place in the months before the Dow Jones stock-market high and intertwines the stories of characters around the globe, including a New York hedge fund manager, a Mumbai police officer and a couple who are house-hunting in London. If you like the super adorable Zachary Levi from CHUCK, you will be happy to hear that he has a new role: "Deadline" reports that he will take the lead in new Fox' sitcom pilot LET IT GO, about Levi's character and his wife, his best friend and her sister, as they try to navigate, negotiate and sometimes manipulate society's unspoken rules.

HOLLYWOOD SPY HEADLINES
According to "The Hollywood Reporter" our favourite romcom actress Jennifer Aniston has signed on to star in MISS YOU ALREADY in which the story revolves around two longtime friends, whose relationship falls apart when one becomes pregnant and the other 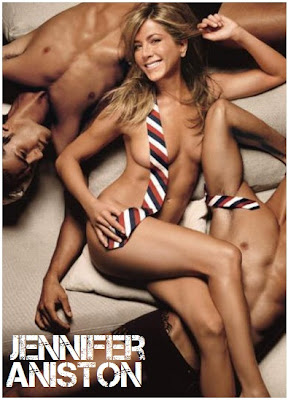 falls suddenly ill. Meanwhile, Jim Carrey is, like Aniston, also sticking to what he knows best - playing in comedies with original plots - in his new film PIERRE PIERRE he will play a self-centred French man who hatches a plan to steal the Mona Lisa from The Louvre in Paris, so he can finally move out of his parents' house. According to "Screen Daily" Paul Bettany will star in LOST ROOMS, an unusual Russian 3D film to be shot in English language about kids who can see depth where other people see flat surfaces. First picture has also been released this week for Dreamworks Animation new animated film THE CROODS, which comes 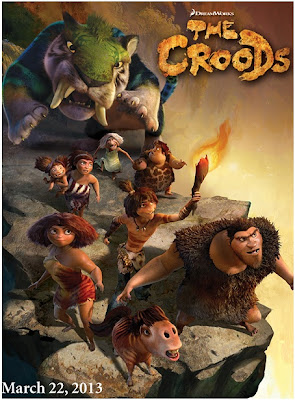 out March 2013 and is directed by one of the people who worked on LILO AND STITCH and HOW TO TRAIN YOUR DRAGON. With the voices from Nicolas Cage, Emma Stone and Ryan Reynolds, THE CROODS takes us back to the beginning, to a previously undiscovered era known as the Croodacious, a time when Mother Nature was still experimenting and the flora and fauna we know today had yet to evolve. At the heart of this comically chaotic world is the Crood family, led by Grug, an over-protective father who, like all dads, is doing everything he can to hold his family together as the world around them changes at a dramatic pace.
Are you in the mood for something Asian? Haven't posted anything Asian for a while, but you might check out the new trailer for LET THE BULLETS FLY, China's highest grossing film of all time, which premieres March 2nd and is set in the lawless land of rural China 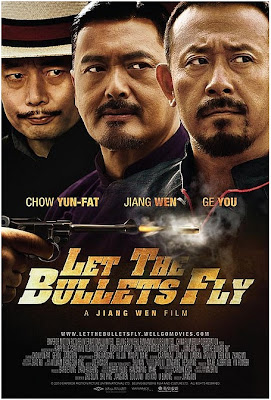 from the 1920s, where legendary bandit “Pocky” Zhang (Jiang Wen) and his gang stage a train robbery. They are quite unhappy to discover that instead of silver, the only thing left on the train is the con man, Tang (Ge You). Desperate, Tang explains that he’s on his way to Goose Town, where he’s bought himself a governorship. If allowed to live, he will help Zhang assume the governorship in his place… where Zhang can make more money in one month as a corrupt politician than he can in a year’s worth of train robberies. With Tang as his prisoner and counselor, off they go. But neither realizes that Goose Town is already under the iron rule of the wealthy Master Huang (Chow Yun Fat), whose charming exterior conceals a ruthless, conniving crime lord. As Zhang begins to see how badly Huang oppresses the citizens of Goose Town, he decides to do something about it, and Huang quickly senses a major threat to his empire.
Posted by DEZMOND at 12:00 AM