One of HOLLYWOOD SPY's favourite young actors, Henry Cavill, who had the lead role in IMMORTALS blockbuster epic last year, 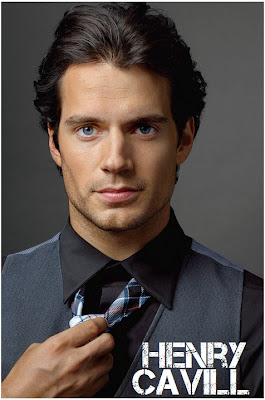 has THE COLD LIGHT OF DAY this year next to Bruce Willis, and MAN OF STEEL next year next to Amy Adams, has possibly secured a fourth project as well: "Variety" writes today that he might take the lead role in Edward Zwick's THE GREAT WALL, a rather mysterious project which will be set in China and will investigate the mystery behind how China's Great Wall was constructed. I'm not sure if it will be a modern movie or set in the ancient times, but as you know Zwick already has experience in shooting films about Asia, since he was the helmer of THE LAST SAMURAI.


HOLLYWOOD SPY HEADLINES
All of his movies are actually the same film, right, but we still love feasting our eyes upon His Royal Hunkiness Jason Statham, yes? Well, according to "MovieWeb" he might take the lead role in Brian De Palma's remake of 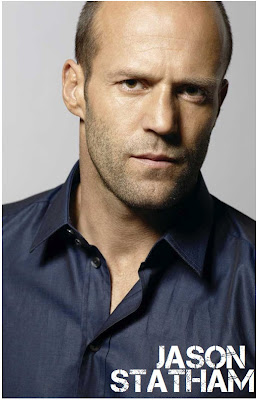 Robert De Niro's HEAT which follows
a tough recovering gambling addict who makes his living providing protection in the rough edges of the gambling world, but refuses to resort to gunplay, strictly using hand and edged weapon combat. I've reported this before, but now it's official: Elizabeth Olsen and Glenn Close have signed on to star in the film adaptation of Emile Zola's novel THERESE RAQUIN, about a woman who murders her sickly husband Camille (Tom Felton) with the help of Laurent, her new lover. Years later, she discovers Camille is haunting her new marriage with Laurent, turning each of them against each other. "Deadline" reports that Glenn Close will play Therese Raquin's mother, who arranged the marriage with Camille.
When it comes to news on epic films, I have two for you today: first of all, "Variety" reveals that the sequel to the legendary epic 300: BATTLE OF ARTEMISIA might have found its lead actor in Sullivan Stapleton (ANIMAL KINGDOM, STRIKE BACK, he's mostly 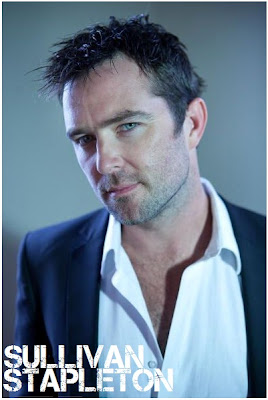 naked in the second one) for the story which will go back ten years in the past describing the rise of Persian king Xerxes and his battle against Greeks at Artemisia. Sullivan's fellow Australian Joel Edgerton was previously mentioned for the role. Zack Snyder has written the screenplay, but he won't direct like he did with 300. The second piece of epic news is that Billy Connolly has joined THE HOBBIT as the mighty dwarf Dain Ironfoot, a cousin of Thorin Oakenshield (Richard Armitage). The shooting is currently moving on and Luke Evans, who plays Bard leader of men, has informed us a few days ago that he has arrived to New Zealand again to continue with shooting his scenes.
Posted by DEZMOND at 12:00 AM