Are you ready for some fresh movie pics? The first two come from something that we didn't really need - a new film adaptation of famous ANNA KARENINA which Joe Wright (ATONEMENT) pretty much ruined for me by casting his pet actress Keira Knightley in the lead role /shudders/. And it seems that he decided to ruin the film furthermore 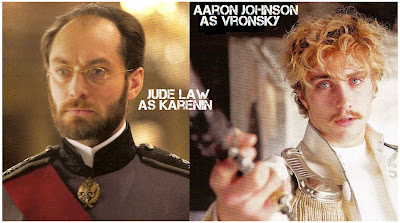 by making two male leads looking pretty horrid in the film: Jude Law as Karenin and Aaron Johnson as Vronsky. I'm not sure who on earth gave Aaron that horrid hairdo? Other members of the cast include Matthew McFadyen and Emily Watson. The whole behind the 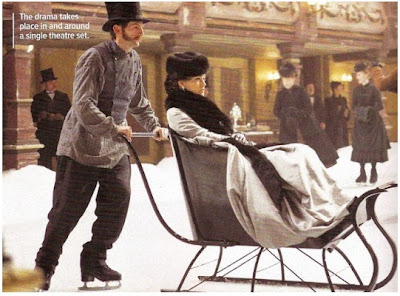 scenes team is filled with Oscar nominated or awarded costume, set and production designers, composers and cinematographers, but I'm not sure it will help them much with such a miscast lead role /shudders again/.

HOLLYWOOD SPY HEADLINES
According to "MovieWeb" Akiva Goldsman's first directorial effort WINTER'S TALE has cast Russell Crowe (who is by the way Darren Aronofsky's new candidate for the lead role in his NOAH epic, a bad idea if you ask me, Michael Fassbender is
the only choice for me) and Will Smith. The unusual story is set in both present day and the late 19th century, and centers on a thief who falls in love with the Irish heiress he just robbed, right before she dies. He later learns that he possesses the gift of reincarnation, and becomes determined to save her life. Will Smith will play a judge, while Russell Crowe is portraying the mob boss Pearly Soames, who is trying to kill the burglar. Both the thief and heiress have not been cast yet, and it is said that a flying white horse plays an important part in the story. I'm sure you will agree that Kate Hudson just doesn't seem to find a big role for herself, and it seems her next one won't be great either: she will take the lead in EVERLY, in which, as "Variety" reports, she will play will play a down-on-her-luck woman, stuck in her apartment, fending off waves of assassins sent by her ex, a dangerous mob boss.

New pictures have been revealed for this years biggest sf epic JOHN CARTER as well, but not the photos from the film itself, which you've 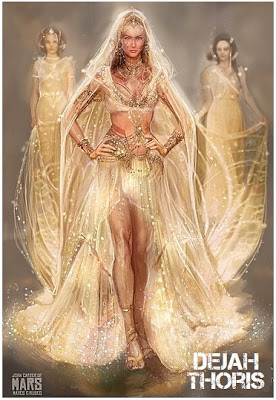 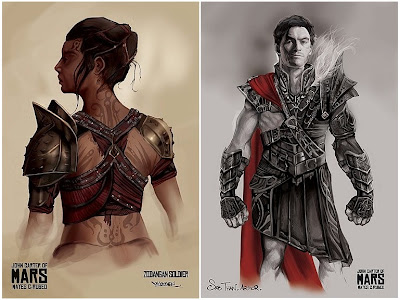 inhabited by 12-foot tall barbarians, warrior tribes and exotic desert beings. Finding himself a prisoner of these creatures, he escapes, only to encounter a princess who is in desperate need of a saviour. The film hits cinemas next month.You can also check out a new clip showing John Carter's mighty powers, his crazy alien friend and princess Dejah in some action!