That Orlando Bloom really hasn't done much outside two amazing epics LORD OF THE RINGS and KINGDOM OF HEAVEN. And he keeps taking some bad offers, like the latest one, which doesn't sound promising to me at all: according to "MovieWeb" he will join Djimon 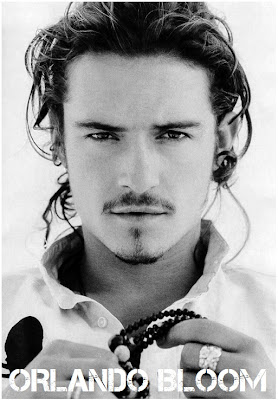 Hounsou in ZULU, in which they will play two Cape Town police officers who investigate the murder of a 18 year-old girl, the daughter of a member of the championship winning Sprikboks rugby team, a job that ultimately reveals ties to the country's apartheid past. This year, Orlando will star in THE LAUREATE in which he and Imogen Poots play a married couple on the brink of disillusion which allows a stranger to live with them in their idyllic cottage. Will this stranger push their fragile state over the edge? As you know, he will also appear next to Dominic Cooper and Kirsten Dunst in CITIES, a film with three different stories from London, Mumbai, and New York as the Dow Jones nears an all time high.

HOLLYWOOD SPY HEADLINES
A crazy new poster has been released for Tim Burton's new film FRANKENWEENIE which hits theatres this October, in which the story will 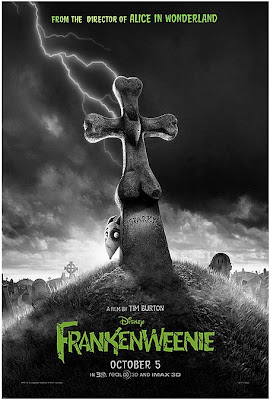 revolve around young Victor Frankenstein, who conducts an experiment to bring his beloved dog back from the dead. Meanwhile, as "Variety" reports, Antonio Banderas has taken the lead role in 33 DAYS, where he will play Pablo Picasso during his emotional turmoil as he worked on his masterpiece Guernica, the mural which captured his reaction to the destruction of Basque town of Guernica in 1937 by the Nazi Luftwaffe during the Spanish Civil War. The film shows how the painting proved near salvation for Picasso at a moment of personal crisis and focuses on Picasso's relationship with his lover, French artist Dora Maar.
The only trailer I have for you today is for the film which was written by young GLEE star Chris Colfer (at only 21 he's already won a Golden 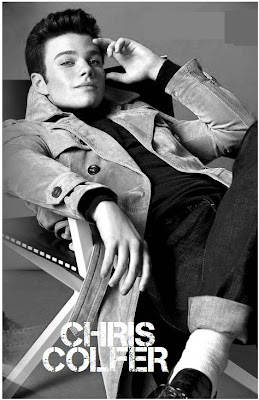 Globe, been nominated for Emmy, wrote a film and a sitcom, and also a book) who is also playing the lead role in STRUCK BY LIGHTNING, a film in which the story revolves around a young man who, after being struck and killed by lightning, recounts the way he blackmailed his fellow classmates into contributing to his literary magazine and helping him achieve his dreams of literary stardom. Beside the popular GLEE star, the cast of the film also includes some other well known names from gorgeous Christina Hendricks from MAD MEN to Dermot Mulroney, hilarious Rebel Wilson and Angela Kinsey. Check out the trailer bellow.
Posted by DEZMOND at 12:00 AM