HOLLYWOOD SPY SPOTLIGHT ON SF EPIC "IRON SKY" IN WHICH THE NAZIS INVADE EARTH FROM THEIR SECRET BASE ON THE MOON! 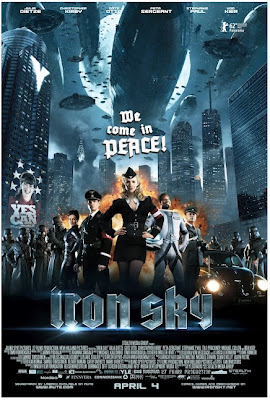 One of the most interesting projects which has been trying to finish its production for some time now, has apparently finally found enough money to finish shooting thanks to a very wise marketing campaign in which the trailer for the unfinished film has attracted the attention of millions of people around the net and the film will now finally premier at Berlin Film Festival. It's a Finnish film shot in English called IRON SKY a mix of visually spectacular sf action with elements of comedy, which brings up an idea that Nazis had escaped to Moon where they've built up their space station and are now planning to invade us again.


IRON SKY STORY
Here's the official plot: Towards the end of World War II the Nazi scientists made a significant breakthrough in anti-gravity. From a secret

base built in the Antarctic, the first Nazi spaceships were launched in late '45 to found the military base Schwarze Sonne (Black Sun) on the dark side of the Moon. This base was to build a powerful invasion fleet and return to take over the Earth once the time was right. Now it's 2018,

and it's the time for the first American Moon landing since the 70′s. Meanwhile the Nazi invasion, that has been over 70 years in the making, is on its way, and the world is goose-stepping towards its doom. 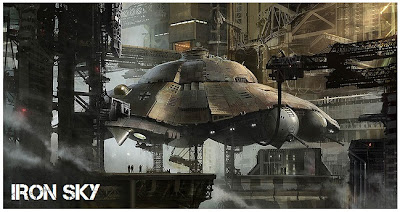 IRON SKY TIDBITS
The film already has almost 100,000 followers at Facebook and it is interesting that they've gathered half a million euros from fans and followers to finish the last stage of the production. The three main characters of the story are Renate Richter (Julia Dietze),Klaus Adler 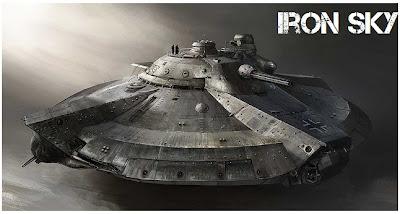 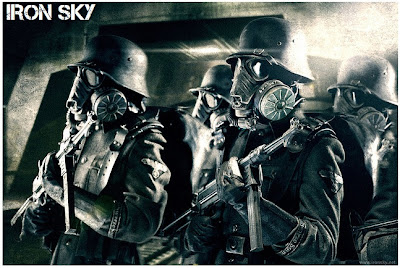