You all know that there's often injustice in Hollywood, right? Not only that mediocre actors are often bigger stars than the truly talented 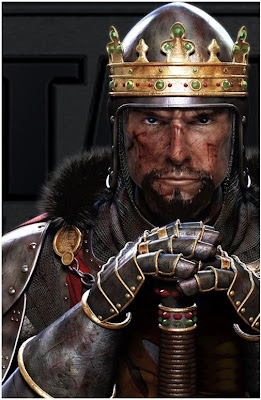 ones, but often the money is wasted on bad remakes and nonsensical movies, while some promising projects are left to rot in the darkness. The recent cancellation of two big movie projects, historical epic ARTHUR AND LANCELOT (which was supposed to have Kit Harrington and Joel Kinnaman in the lead roles) and Biblical epic PARADISE LOST ( in which Bradley Cooper was to play Lucifer in the adaptation of John Milton's famous work supposed to be filled with visual effects and aerial battles) have reminded me how many lovely epics got announced but never got into production. Here are some of those I still remember.

EGYPTIAN EPICS
We really don't have much epics on Ancient Egypt, even though it's a popular part of history. As you know James Cameron was supposed to shoot CLEOPATRA epic with Angelina Jolie in the lead role but it never happened, although there is still some hope, but not with Cameron behind the helm. Another Egyptian queen Nefertiti was about to get her film in ARMS OF THE SUN, an ambitious epic on the first royal to advocate belief in a monotheistic religion and one of the most mysterious Egyptian rulers. The film was supposed to be directed by Lucas Foster (famous for blockbusters such as EQUILIBRIUM, MR. AND MRS. SMITH, JUMPER). There was also the talk about Randall Wallace's (BRAVEHEART) THE LAST PHARAOH, which would have Will Smith (nope, I kid you not, there's no limit to his egocentricity) playing ancient Egyptian ruler Taharqa who battles with Assyrians.


DRAGON EPICS
Another thing that we don't often see in films are epics with dragons. The above mentioned Lucas Foster had a plan of making a fantasy epic TEMERAIRE, an adaptation of Naomi Novik's saga about a 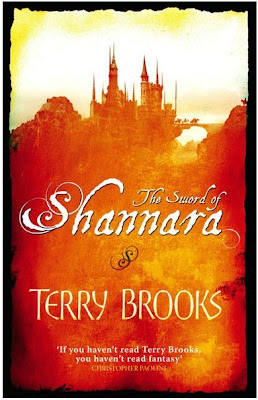 British captain who captures a French ship, where he discovers an unhatched dragon egg in the hold – a gift from the Emperor of China intended for Napoleon. The project was supposed to be directed by Peter Jackson. Dragons also appear in famous SHANNARA saga, following elves trying to save their kingdom. The film was supposed to be directed by famous Mike Newell (PRINCE OF PERSIA). Also announced some time ago were DRAGONRIDERS OF PERN, the movie adaptation of famous epic saga by Anne McCaffrey, about a group of warriors who use their fire-breathing, telepathic dragons to battle a terrifying airborne threat to the exotic planet of Pern.


CONQUEROR EPICS
When it comes  to the biggest rulers from history, two huge epics on two equally huge conquerors are more or less still in plan, although they've been in status hiatus for many years now: back when Oliver Stone made his atrocious ALEXANDER, Buz Luhrmann (MOULIN ROUGE, AUSTRALIA) also had a plan of shooting his own epic on 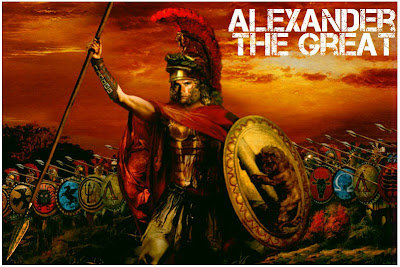 Alexander the Macedonian, but instead of Colin Farrell, Angelina Jolie and Val Kilmer from Stone's tragic epic, Luhrmann wanted Leo Decaprio for the lead role (I kid you not, I swear), Nicole Kidman as queen Olympia and Mel Gibson as Alexander's father crazy king Phillip. On the other hand Vin Diesel's biggest dream is to finally make his HANNIBAL epic on the most famous warrior of Carthage, which 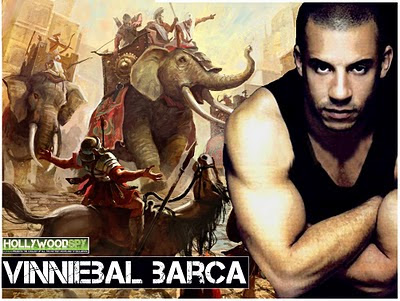 would tell the story of the brave Carthaginian general who led a humongous army (including his beloved war elephants) across the Alps in order to destroy Rome in the Second Punic war. Vin even negotiated 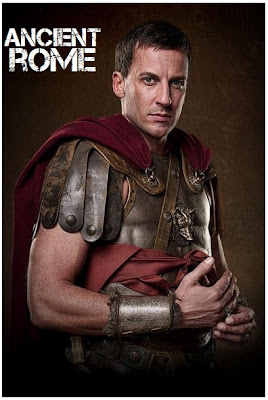 with Denzel Washington to take the role of Hamilcar Barca, Hannibal's father. Click to read more on that one. Last July there were also some news on Warner Bros. and Jonathan Liebesman (BATTLE LOS ANGELES, CLASH OF THE TITANS 2)  preparing a huge JULIUS CAESAR epic about the time when Caesar was sent to Spain on a detail no one else wanted. There, he built the 10th Legion fighting force that would eventually march on Rome, overrun the forces of his rival Pompey, and establish Caesar as the unrivalled ruler of the empire. The film, which ends with Caesar's coronation, which means it could have a sequel in which he goes to Egypt, was planned with one of the biggest stars in the lead role, but we haven't heard anything about ever since.

VIKING EPICS
There has also been a number of projects announced dealing with formidable Vikings. Alexander Skarsgard was supposed to star in THE VANGUARD in which the story would  revolve around two Viking warrior brothers who toil to return to Sweden after being 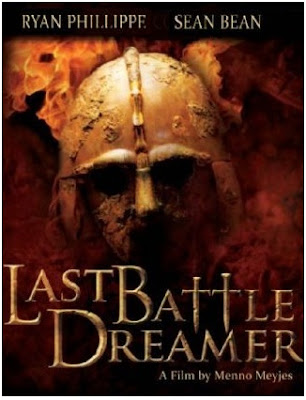 banished to North America. Meanwhile, Ryan Phillipe was supposed to star in LAST BATTLE DREAMER, a love epic set in the 9th century England in the backdrop of the Viking invasion. Sean Bean and Phillipe were to play two Viking brothers invaders. And you all, probably know about Mel Gibson's plans to shoot a Viking epic, which would also describe their invasion on England in the 9th century, but would not be a love story but a very violent one (no surprise there, when it comes to Mel, yea?) with extremely brutal scenes and with actors speaking in Old Norse (no surprise there, either, yea?). But listen to this - Leo Decaprio was supposed to take the lead role. Oh, Odin is probably swearing in Valhalla right now.
Posted by DEZMOND at 12:00 AM