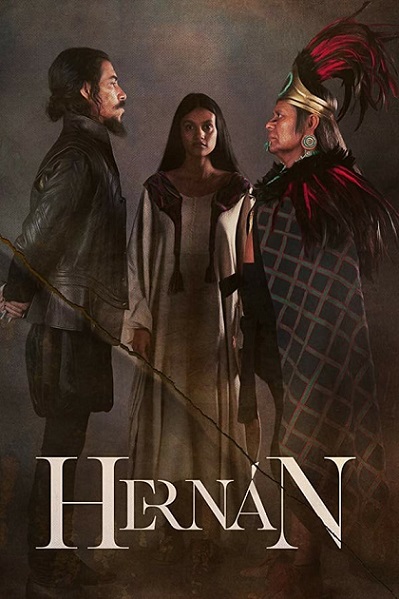 'HERNAN' EPIC TV SERIES ON
THE INFAMOUS CONQUISTADOR!
I almost forgot about this one, but our spies over at Costumical World have reminded us of it today! A year or so ago your trusted spy informed you that Mexican Azteca TV is preparing a television saga on HERNAN Cortes, the infamous conquistador, and now we have the first photos and a trailer for the eight part historical extravaganza which will launch in Mexico November 24th and will later on air also in History Channel Latin America and Amazon Prime around the world! This one is, of course, not to be confused with Steven Spielberg's Cortes series also at Amazon which will see Javier
Bardem playing the man who will destroy the empire of King Montezuma II. That one will have four episodes and we are waiting to hear the rest of the casting for it. 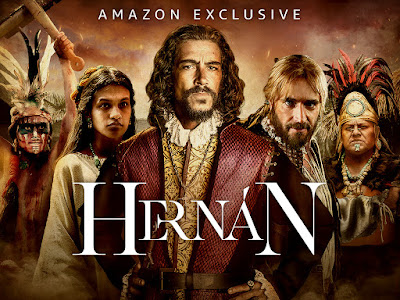 The Story Of The Series
Marking the 500th Anniversary of Spanish conquistador Hernan Cortes’ arrival in Mexico, the series is set in 1519, following the conquest of
Mexico by Cortés and his troops, and also featuring key characters’ perspectives of this tumultuous time in Mexico and Spain’s history. The series
aims to highlight both the encounter and contrast of these two cultures as well as the human side of Cortes, a skilled diplomat and a military genius who was beloved and despised in equal measure. The story of Cortes is full of
fascination for an unknown land, of passion for a people he could not control, betrayal within Cortés' own family and an unexpected love for La Malinche.