'SEE' NEW EPIC SERIES
LAUNCHES APPLE TV THIS FRIDAY
The latest new epic show to arrive to us this Autumn and the one that will have the honour and a tough task to launch Apple's new streaming service on Friday SEE  starts its ten episodes November 1st with the story that takes place 600 years after a deadly virus decimated humanity and left the few survivors (and their descendants) blind. When two children are born with sight, their adoptive father, Baba Voss (Jason Momoa) must protect the twins and his tribe from those who want to destroy them, including the powerful and
desperate Queen Kane (Sylvia Hoeks). The producers had talks with blind consultants and evolutionary biologists and survivalists in order to depict this
apocalyptic world. The actors had movement coaches to teach them how to move as if they were blind. With Jason Momoa as the Chief of the Alkenny tribe the rest of the cast includes the following faces:


Maghra The Ayura Mother
Maghra is played by Hera Hilmar: as an Ayura, a person with heightened hearing, she has the ability to sense truth and hear secrets. Yet, she keeps from the world the biggest secret of all, her children. She is wise, loving 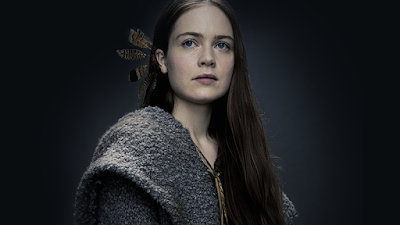 and kind, but will protect her family above all else! Found lost, alone and pregnant in a storm, Maghra took shelter with the Alkenny tribe. Soon she became mother of two unique twins.


Evil Queen Kane of Payan
Queen Kane, absolute monarch of the Payan Kingdom, rules from her palace, the Kanzua Dam. Played by Sylvia Hoeks, she is the ruler of the 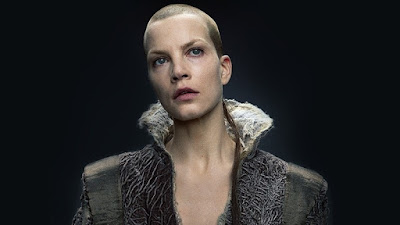 Payan tribe, and lives in one of the only places that still has electricity. In a world where sight is considered a forbidden heresy, she tasks her tribe with finding the children who are rumoured to have this mythic ability.


Paris the Presage
Paris is played by Alfre Woodard, she is a midwife and spiritual leader to the Alkenny tribe. As their elder and an advisor she has earned the respect 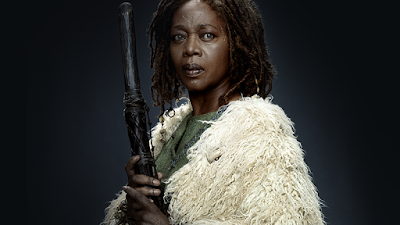 of her tribe. She wields her knowledge like a weapon, using her wisdom to protect the ones she loves. As a Presage, Paris can sense the emotions and intent of those around her.


Kofun Who Can See
Kofun is the composed, careful and intelligent son of Maghra. Kofun has a secret he must keep from his tribe. Kofun, played by Archie Madekwe, is 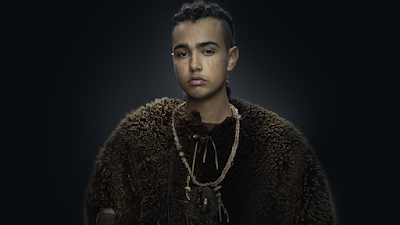 Jerlamarel and Maghra’s son who can see. He is more cautious than his twin sister, Haniwa.


Haniwa Who Can See
Proud, determined, and strong, Haniwa is the daughter of Maghra, and sister to Kofun. She is seeking to find her origin and her purpose. She sees a 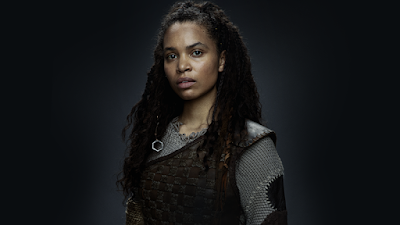 world that stretches beyond the familiarity of the Alkenny. She moves in silence and observes, to keep what is sacred, protected. Played by Nesta Cooper she grows up to become more rebellious than her twin brother.


Bow Lion The Shadow
Bow Lion holds the power of life and death in her hands. It’s a heavy burden for anyone to carry. Skilled with both the staff and killing rope, Bow 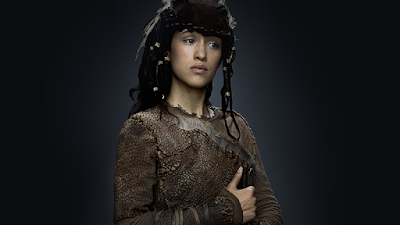 Lion has made a name for herself amongst the fiercest of Alkenny warriors. Played by Yadira Guevara-Prip, she is known by her tribe as “The Shadow,” who befriends Jerlamarel and Maghra’s children. 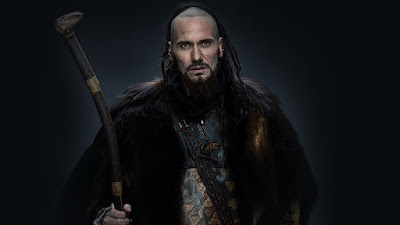 Seated at the head of the Payan army, he leads their violent quest to deliver the Queens justice to the land. There are none more loyal to the Queen than Tamacti Jun. For 20 summers he is sworn to serve her ambition!


What Did The Spy Think?
Although brave in its decision to tackle a world in which everybody is blind, for which it deserves every praise, the show's lack of multiple plots robs it of any dynamics and makes it a borderline unwatchable affair with bad costumes and uninspired sets and production design. Momoa playing the
same character for who knows which time in his career and the deeply disgusting character of the evil queen (with an almost ridiculously atrocious performance by Sylvia Hoeks) who prays by making her subjects satisfy her orally, which only has a shock value and no other purpose, makes this flat show even worse. I cannot imagine how Apple ordered the second season of something so crucially bad.