'THE WITCHER' EPIC SERIES
WILL BE UR CHRISTMAS PRESENT
While you are still filled with impressions from our yesterday's spotlight on See, another of this Autumn's most anticipated epic series has announced
its airing date today: THE WITCHER, based on the super popular books by Polish author Andrzej Sapkowski sold in more than 30 million copies
around the world, will stream its eight episodes from December 20th at Netflix with our beloved Henry Cavill playing a demon hunter in an epic tale of fate and family. 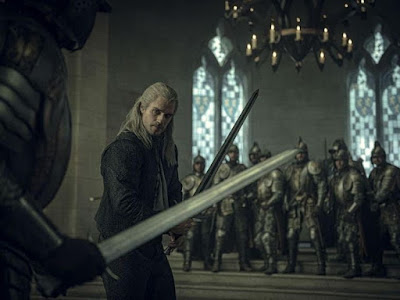 In A Faraway Continent
The story of the intertwined destinies of three individuals in the vast world of The Continent, where humans, elves, witchers, gnomes, and monsters battle
to survive and thrive, and where good and evil is not easily identified! While Henry is playing the role of Geralt of Rivia, the lead cast also includes Anya
Chalotra as Yennefer and Freya Allan as Ciri. To make us even happier, Netflix has also released a stunning new trailer which you can enjoy below and take a peak at Geralt shirtless in the bath: