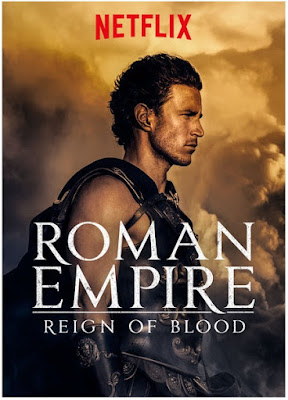 Now here's something new that you can watch as of today over at Netflix! November 11th marks the beginning of season one for ROMAN EMPIRE: REIGN OF BLOOD a stylish mix of documentary and historical epic that chronicles the reign of Commodus, the emperor whose rule marked the beginning of Rome's fall. The series features Sean Bean, who's no stranger to epic adventure but here he is only a narrator, that hunky elven prince Aaron Jakubenko from MTV's godawful epic 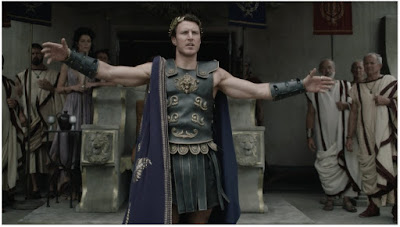 series Shannara here upgraded as the emperor himself, Jared Turner and Edwin Wright!


REIGN OF BLOOD!
In the first, opening episode of the six hour series, that airs today, titled Born in Purple, fighting an implacable enemy in Germany, Marcus Aurelius trains his decadent son Commodus to succeed him, while 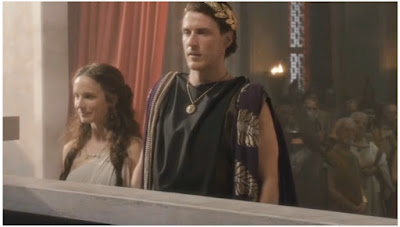 rumour and intrigues brew back in Rome. The Germanic tribes strike as Marcus Aurelius succumbs to disease, leaving a skeptical Emperor Commodus to prosecute a war that doesn't interest him. The death of 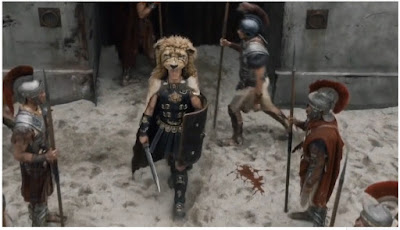 Marcus Aurelius brings a century of Roman triumphs and victories to an end, transferring power to his spoiled, unprepared son Commodus. He rises to power as Rome's new emperor, but not everyone supports his 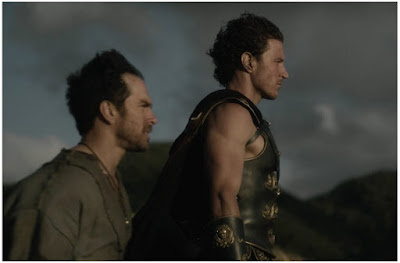 ascent. Among those conspiring against him: his older sister Lucilla. Commodus defeats his sister's coup but withdraws from governing, allowing others to amass power while he engages in an affair and banishes his wife. Later on a disastrous grain shortage leaves 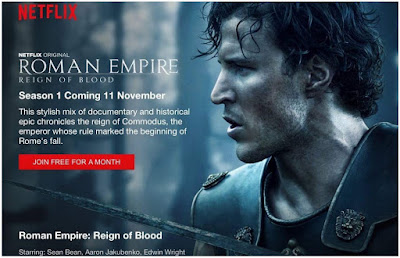 Commodus isolated, inspiring him to train as a gladiator in a bid to unite Rome. Lavish imperial games at the Colosseum are highlighted by the emperor's bloody victories, but his paranoid abuses of power lead to a final betrayal.