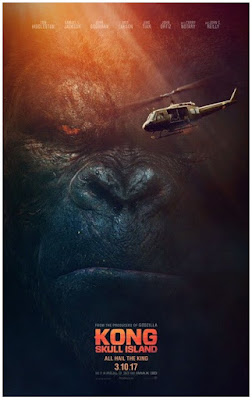 SKULL ISLAND which will ape its way into cinemas next March with the cast lead by our most beloved Brit Tom Hiddleston! You can also check out two new posters for the flick!
With Hiddleston as the leader of the explorers, and also starring Brie Larson (As a photo journalist and peace activist), Samuel L. Jackson (as the chopper pilot) and John Goodman (as a government official in charge of the expedition), the $190 million KONG: SKULL ISLAND is set in the 1970s, when a team of explorers is brought together to venture deep into an uncharted island in the Pacific, as beautiful as it is treacherous, unaware that they are crossing into the domain of the 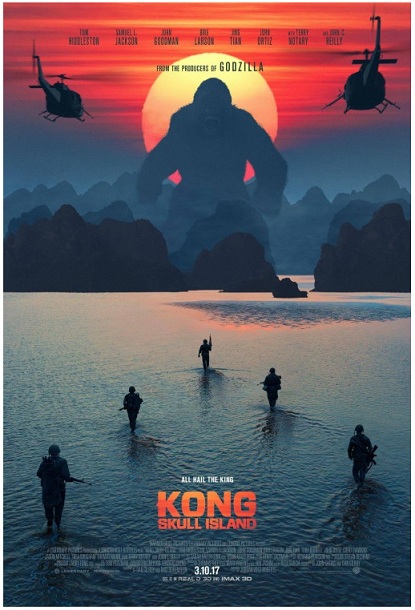 mythical giant gorilla known as Kong. And of course, as Americans always do, they will wreck havoc and bomb the island with their weapons even though they're the intruders! 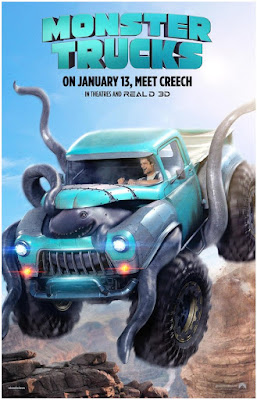 There is also a second trailer for another monster movie but an entirely adorable one: MONSTER TRUCK which will drive its way into theatres this January! Looking for any way to get away from the life and town he was born into, Tripp (Lucas Till), a high school senior, builds a Monster Truck from bits and pieces of scrapped cars. After an accident at a nearby oil drilling site displaces a strange and subterranean creature with a taste and a talent for speed, Tripp may have just found the key to getting out of town and a most unlikely friend. Rob Lowe, Barry Pepper and Danny Glover round up the cast of the family friendly movie!