GERARD BUTLER IS ONE OF THE ISOLATED LIGHTHOUSE 'KEEPERS' IN NEW MYSTERY MOVIE! 'FALLEN' YA MOVIE ADAPTATION TRAILER AND POSTER WITH JEREMY IRVINE

Now, here's another movie on isolated lighthouse keepers! Gerard Butler, Peter Mullan and Joe Alwyn will star in KEEPERS inspired by an unsolved true mystery!
The story is set on an uninhabited island 20 miles from the rugged Scottish coast. There, three lighthouse keepers arrive for a six week shift. As Thomas (Peter Mullan), James (Gerard Butler) and Donald (Joe Alwyn) settle into their usual, solitary routines, they stumble upon something that isn’t theirs to keep. Where did it come from? Who does it belong to? When a boat appears in the distance that might hold the answer to their questions, a battle for survival ensues as personal greed replaces loyalty and three honest men are led down a pat 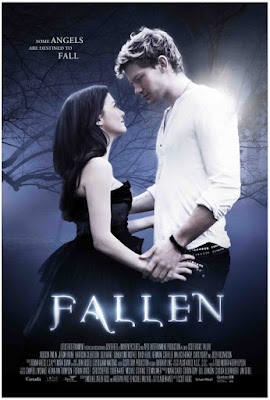 Lauren Kate YA novel  FALLEN!  Lucinda "Luce" Price is a seventeen year old living a seemingly ordinary life until she is accused of a crime she didn't commit. Sent off to the imposing Sword & Cross reform school, Luce finds herself being courted by two mysterious students to whom she feels oddly connected. Isolated and haunted by strange visions, Luce begins to unravel the secrets of her past and discovers the two men are fallen angels, who she learns have loved her for centuries. Luce must choose where her feelings lie, pitting Heaven against Hell in an epic battle over true love. As you can see from the mildly hilarious trailer Jeremy Irvine and Joely Richardson are probably the only cast members who can act.

Shenanigans in a lighthouse?

Both sound good! The trailer was pretty good.

Jeez. I feel like I've seen Gerard Butler show up in a lot of stuff recently. Is it just me?

we do like a good thriller in isolated spaces!

he did try to destroy Egypt earlier this year and then save Washington from terrorists, so, yes, he is all over the place :)

Keepers sounds good. I can't wait to see what causes the corruption and greed among the three men!

must be the salty sea air :)