Period set projects news today, starting with our lovely and ultra talented Oscar winning actress Octavia Spencer who will lead new mini TV series ON HER OWN GROUND based on a best selling C.J. Walker biography! She was a famous entrepreneur and philanthropist!

The daughter of slaves, Walker was orphaned at seven, married at 14 and widowed at 20. She spent the better part of the next two decades labouring as a washerwoman for $1.50 a week. Then, with the discovery of a revolutionary hair care formula for black women, everything changed. By her death in 1919, Walker managed to overcome astonishing odds, building a storied beauty empire from the ground up, amassing wealth unprecedented among black women and devoting her life to philanthropy and social activism. Along the way, she formed friendships with great early 20th century political figures! 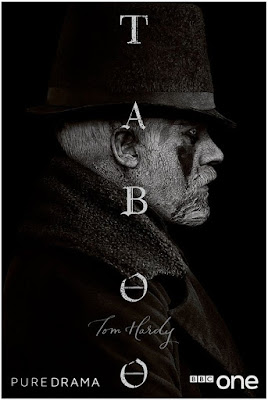 BBC on January 7th and January 10th over at FX in USA! In the story set in 1814, Hardy is James Keziah Delaney, a man who has been to the ends of the earth and comes back irrevocably changed. Believed to be long dead, he returns home to London from Africa to inherit what is left of his father’s shipping empire and rebuild a life for himself. But his father’s legacy is a poisoned chalice. And with enemies lurking in every dark corner, James must navigate increasingly complex territories to avoid his own death sentence. Encircled by conspiracy, murder and betrayal, a dark family mystery unfolds in a combustible tale of love and treachery.