SPOTLIGHT ON NEW BBC WW2 SERIES 'CLOSE TO THE ENEMY' WITH JIM STURGESS, ALFRED MOLINA, 'MY MOTHER AND OTHER STRANGERS' WITH HATTIE MORAHAN, AARON STATON

'CLOSE TO THE ENEMY'
JIM STURGESS IN WW2
Two period set series for you, spylings, coming to us at BBC before the end of the year, both describing the tough times of World War 2! Premiering November 14th at BBC 2 CLOSE TO THE ENEMY will have 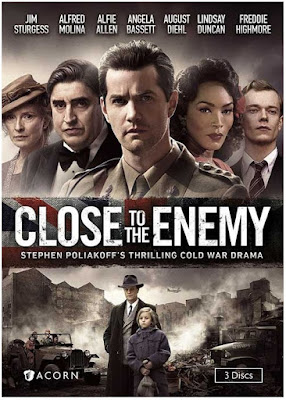 seven episodes set in a bomb damaged London hotel in the aftermath of the Second World War. Jim Sturgess, Alfred Molina and Alfie Allen lead the cast!
CLOSE TO THE ENEMY follows intelligence officer Captain Callum Ferguson (Jim Sturgess), whose last task for the Army is to ensure that a captured German scientist, Dieter (August Diehl), starts working for the British RAF on urgently developing the Jet engine. Callum uses unorthodox methods in his attempt to convince Dieter to work with the British and eventually a friendship develops between the two men, but soon tensions arise. Over 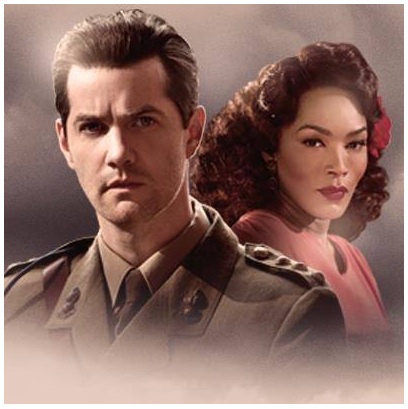 the course of the series, Callum encounters a number of other characters whose stories all intertwine. These characters include Victor (Freddie Highmore), Callum’s younger brother, struggling to deal with psychological trauma caused by his experience in the fighting; Harold (Alfred Molina), a Foreign Office official who reveals some startling truths about the outbreak of the war; Rachel (Charlotte 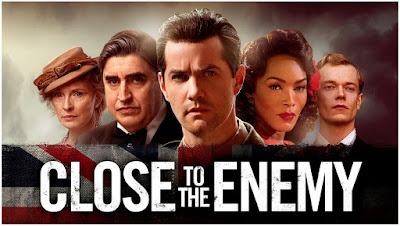 Riley), an Anglophile American married to his best friend, and Kathy (Phoebe Fox), a tough, young woman working for the War Crimes Unit, fighting to bring war criminals who have escaped prosecution to justice. All these characters are trying to rebuild and move their lives forward in the aftermath of the war, a war that scarred them all so deeply. 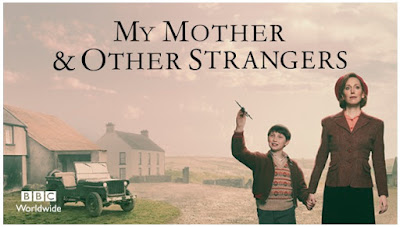 STRANGERS consisting of five hourlong episodes set in the Northern Ireland!
MY MOTHER AND OTHER STRANGERS
written by Barry Devlin, who wrote legendary British classic series Darling Buds of May with young Catherine Zeta jones,  is set in the 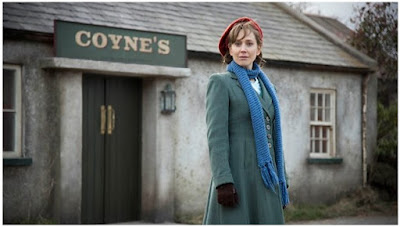 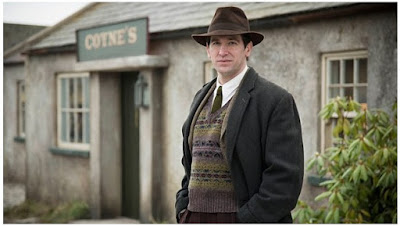 (USAAF) airfield on the neighbouring community. In the focus are the Coyne family and their neighbours as they struggle to maintain a normal life after the airfield with 4,000 service men and women lands 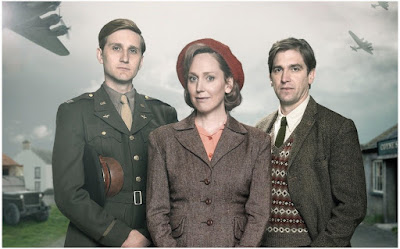 in the middle of their rural parish in 1943. Hattie Morahan takes the lead role of Rose, who is torn between her husband Michael (Owen McDonnell) and charming US Air Force liaison officer Captain 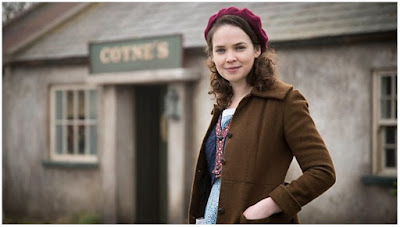