star in the movie about the battle between George Westinghouse (Michael Shannon) and his rival Thomas Edison (Benedict Cumberbatch) to create a sustainable electricity system and sell it in the U.S.A. With Katherine Waterston joining as Westinghouse’s wife Marguerite Erskine, and Nicholas Hoult as Serbian genius Nikola Tesla, Tom Holland will be Samuel Insull, Edison's first assistant!
THE CURRENT WAR takes place in the late 1880s and revolves around the two scientists and their battle over the supply of electricity. Edison championed the use of a direct current for electric power distribution over an alternating current, which was backed by Westinghouse Electric and a host of European companies.
EDDIE REDMAYNE IN RIVAL FILM 'LAST DAYS OF NIGHT' 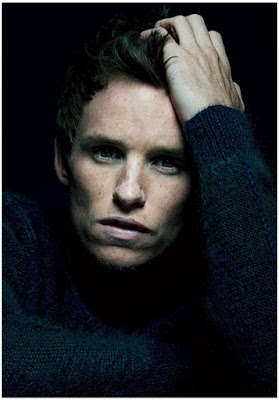 It is interesting that another movie on the subject is being shot as well next year. As 'Deadline' reports THE LAST DAYS OF NIGHT will be an adaptation of Graham Moore book with Oscar winner Eddie Redmayne playing famed lawyer Paul Cravath, who was tasked with defending Westinghouse after Edison won the race to the patent office and sued his rival for an unheard of sum of $1 billion. As you know Edison was an evil and arrogant man who stole a lot of ideas from Tesla and was an enemy with him as well!
Posted by DEZMOND at 7:58 PM

Both will be interesting, I'm sure. They do seem to have great actors cast in each.

we do like Hoult, Redmayne and Holland can pass too!

He is so promising for this

I think it will be fascinating to see both of these. Definitely will give us something to think about. :)
~Jess

it will be the shittiest film ever

And I will shit on it to add injury to insult!

I'll sprinkle some salt on it!