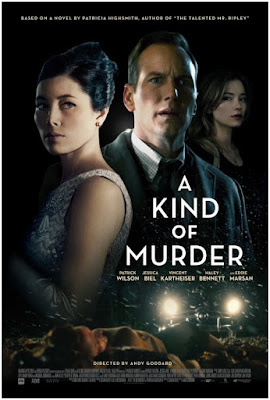 Tons of period set movie trailers for you today starting with the first one for A KIND OF MURDER starring our most beloved Patrick Wilson alongside Jessica Biel and Vincent Kartheiser. Based on a Patricia Highsmith novel it is out this December.
In 1960s New York, Walter Stackhouse is a successful architect married to the beautiful Clara who leads a seemingly perfect life. But his fascination with an unsolved murder leads him into a spiral of chaos as he is forced to play cat-and-mouse with a clever killer and an overambitious detective, while at the same time lusting after another woman. 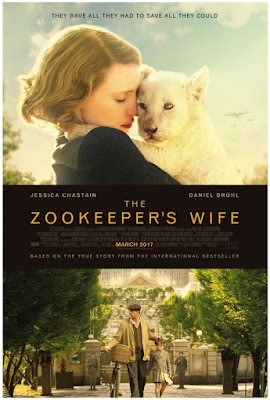 Yet another trailer for a big screen book adaptation comes for World War 2 drama THE ZOOKEEPER' WIFE based on a book by Diane Ackerman and starring Daniel Bruhl, Jessica Chastain (although I thought it was Eddie Redmayne from Danish Girl lol)! It tells the account of keepers of the Warsaw Zoo, Jan and Antonina Zabinski, who helped save hundreds of people and animals during the Nazi invasion. It is out next May in UK. I shall put the longer trailer for the movie here tomorrow as soon as it is released instead of the today's short movie teaser!

Mara in a story about a 100 year old woman, (Vanessa Redgrave) who has lived in a Mental Hospital for almost half of her life and decides

to write an autobiography which reveals the history of her passionate yet tortured life, and of the religious and political upheavals in Ireland