'DANCE TO DEATH' TRAILER
DANCE FOR YOUR LIFE!
Since America is sleeping today or black Fridaying, we're seeking comfort in the warm arms of great Mother Russia with amazing trailers 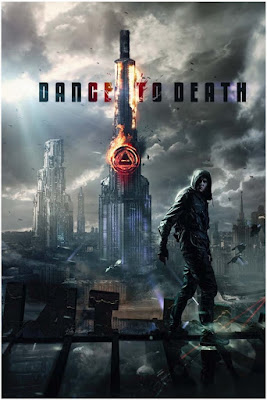 for two of their new sf movies. DANCE TO DEATH (Tantsy nasmert) is out next March set in the 2070s Moscow. The old energy technologies, such as oil and coal, were lost decades ago during the nuclear war. But a new technology has been developed that converts the human body directly into energy, leaving behind only a flurry of gray ashes. In a sealed bunker in the post apocalyptic ruins of Moscow, young people struggle against each other in a deadly dancing tournament. The winners will live. The losers will be consumed for energy to power the city. One of the young people in the bunker is Kostya (Ivan Zhvakin), who was captured during a police raid and 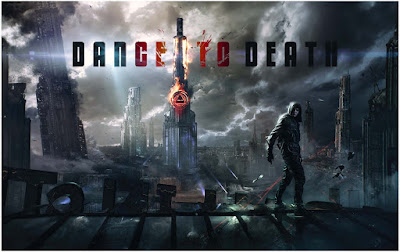 forced into the tournament. There he meets and falls in love with Anya (Lukerya Ilyashenko), the daughter of a high ranking official who has willingly offered herself to the tournament for the sake of the city. Who will survive?


'THE COMA' SF MOVIE
WITH ANTON PAMPUSHNYY
This one still doesn't have a trailer since it is scheduled for cinematic release in 2018, but the poster and script certainly are impressive: THE COMA starring one of our fave 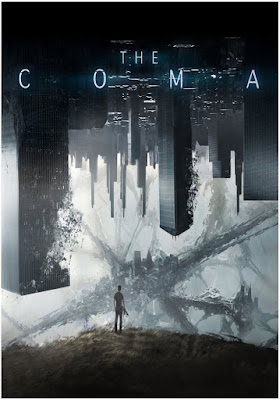 Russian actors Anton Pampushnyy! After a colossal and mysterious accident a young talented architect comes back to his senses in a very odd world that only resembles the reality. This world is based on the memories of the ones who live in it - people who are currently finding themselves in a deep coma. Human memory is spotty, chaotic and unstable. The same is the COMA - odd collection of memories and recollections - cities, glaciers and rivers can all be found in one room. All the laws of physics can be broken. The architect must find out the exact laws and regulations of COMA as he fights for his life, meets the love of his life and keeps on looking for the exit to the real world which he will have to get acquainted with all over again after the experience of COMA.


'ATTRACTION' SF TRAILER
MOSCOW UNDER ALIENS!
And I've already shown you a trailer for this one, but now we have an exciting new trailer for another Russian sf movie ATTRACTION 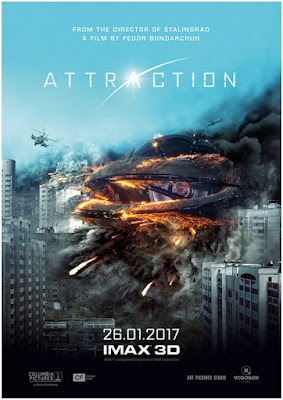 (Prityazhenie) which will land in Russian cinemas next January starring Alexander Petrov, Oleg Menshikov and Irina Starshen baum!  After an alien ship crash lands onto a Russian city, many who have saw the inside and the occupants start to question their own existence while there are those who demand the aliens to leave Earth! Legendary Russian film maker Fedor Bondarchuk who brought us cult Russian sf saga The Inhabited Island and war movie Stalingrad is helming this one as well!