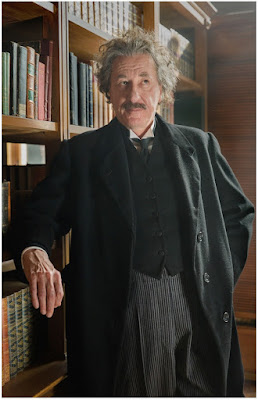 Earlier this year I've announced that National Geographic Channel is preparing a GENIUS TV series on Einstein and now we have first photos showing Geoffrey Rush and Johnny Flynn portraying the famous scientist in his older and younger years!
RON HOWARD HELMS
Oscar winner Ron Howard is helming the ten episode GENIUS series on the famous physicist Albert Einstein which will describe how an imaginative, rebellious patent clerk, who couldn’t get a teaching job or a doctorate, unlocked the mysteries of the atom and the universe. Each episode will explore

Einstein’s extraordinary scientific achievements, along with his volatile, passionate and complex personal relationships. 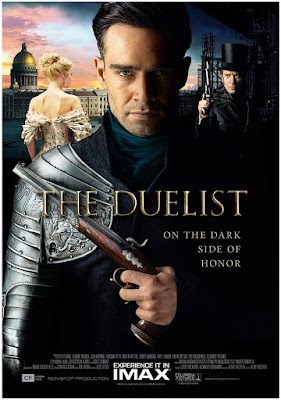 You also have an honour today to check out the wildly gorgeous trailer for Russian epic drama THE DUELIST  (Duelyant) which has recently played in Russian cinemas and will hit USA December 2nd! Set in 19th century Imperial Russia, the story of this visually beautiful movie revolves around a retired army veteran who makes a good living by settling duels for aristocrats, a common practice of the era. Shot in IMAX its cast includes Russia's favourite actor Petr Fedorov alongside Vladimir Mashkov, Martin Wuttke, Julia Khlynina, Yuri Kolokolnikov!
Posted by DEZMOND at 1:30 PM