A bunch of television updates for you, today, a round up of telly news I didn't get to present you this week! I've already informed you that Tobias Menzies will star in the mini TV series based on Dan Simmons novel THE TERROR and now he is joined by Jared Harris, Ciaran Hinds, Paul Ready and Adam Nagaitis. Set in 1847, it follows Royal Naval expedition crew searching for the Northwest Passage where it is attacked by a mysterious predator that stalks the ships and their crew in a suspenseful and desperate game of survival.


DYNASTY GETS A REMAKE!
Meanwhile, CW is planning a remake of famous TV soap DYNASTY. Done this time by Gossip Girls creators, and the original show creators the Shapiros,  it will follow two of America’s wealthiest families, the Carringtons and the Colbys, as they feud for control over their fortune and their children. It will be told primarily through the perspectives of Fallon Carrington, daughter of billionaire

Blake Carrington, and her stepmother, Cristal, a Hispanic woman marrying into the family and America’s most powerful class.


JOHN LEGEND JOINS UNDER GROUND
And if you liked the first season of UNDERGROUND epic series which followed the destiny of black slaves in the Civil War America, you will be happy to hear that music star John Legend has joined the 2nd season cast as  iconic abolitionist Frederick Douglass, who went from a slave to a writer and a speaker.


MARGARET ATWOOD'S 'HEART GOES LAST' TO BECOME A SF TV SHOW
While Hulu is preparing A Handmaid's Tale sf series based on Margaret Atwood's novel, another of her novels THE HEART GOES LAST will be made into TV series by MGM TV. 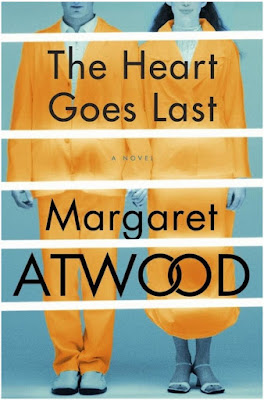 It follows a young urban couple who have been hit by bankruptcy in the midst of a nationwide economic collapse. Forced to live in their Honda, where they are vulnerable to roving gangs, they think the gated community of Consilience might be the answer to their prayers. If they sign a life contract, they’ll get a job and a lovely house for six months out of the year. On alternating months, residents must leave their homes and serve as inmates in the Positron prison system. At first, this seems worth it: They will have a roof over their heads and food on the table. But after a series of troubling events, Positron begins to look less like a prayer answered and more like a chilling prophecy fulfilled.