One of our fave Welsh stars Ioan Gruffudd has two new potentially big gigs: not only that he will join the not so popular duo Mel Gibson and Sean Penn in the 19th century set movie THE PROFESSOR AND THE MADMAN about the professor who started to compile the Oxford English Dictionary, but he will also take the lead role next to extremely busy Joanne Froggatt in ITV's six part thriller TV series LIAR! It will follow a female teacher and a renowned surgeon who spend together a night which will change their lives even though neither fully realizes the far reaching consequences that their meeting will have on each other or their families.


COELHO'S 'THE ALCHEMIST'
TO GET MOVIE ADAPTATION 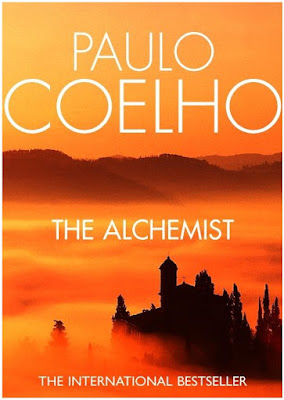 Well, it was bound to happen sooner or later, right? The most translated book by a living author, Paolo Coelho's worldwide bestseller THE ALCHEMIST will be adapted into a big screen feature movie by Sony TriStar and Laurence Fishburne's production company who bought the rights for a very pricey amount! The book, which has been sold so far in around 65 million copies in 56 different languages, revolves around a young Spaniard who embarks on a quest to find a hidden treasure within the Egyptian pyramids.

Meanwhile, the latest one to join ABC's upcoming midseason period set drama series STILL STAR CROSSED a sequel to Romeo and Juliet story is Claire Cooper who will play Lady Montague, a master manipulator and a woman with a dark past and dangerous secrets, in the show that picks up where the story of Romeo and Juliet ends, charting the treachery, palace intrigue and ill-fated romances of the Montagues and Capulets in the wake of the young lovers’ tragic fate. Anthony Head and Zuleikha Robinson play lord and lady Capulet, Grant Bowler is lord Montague, Torrance Coombs is prince Paris, Wade Briggs is Benvolio Montague who together with Sterling Sulieman as prince Escalus and Lashana Lynch as Juliet's cousin Rosaline actually are the lead characters in the new love triangle.