EPIC PLOT REVEALED FOR
KNIGHTS OF THE ROUND TABLE: KING ARTHUR WITH JUDE LAW, ERIC BANA, CHARLIE HUNNAM
After many speculations the plot and the characters have been finally announced for Guy Ritchie's epic action

KNIGHTS OF THE ROUND TABLE: KING ARTHUR! With Charlie Hunnam in the title role, it will focus on his rise to becoming King whilst reworking the original tale into a sweeping fantasy action adventure. We're first introduced to a streetwise young Arthur who runs the back alleys of Londonium with his gang, unaware of the life he was born for until he grasps hold of the sword Excalibur - and with it, his future. Instantly challenged by the power of Excalibur, Arthur is forced to make some hard choices. Throwing in with the Resistance and a mysterious young woman named Guinevere (Astrid Berges Frisbey), he must learn to master the sword, face down his demons and unite the people to defeat the tyrant Vortigern (Jude Law), who stole his crown and murdered his father (Eric Bana), and become King. 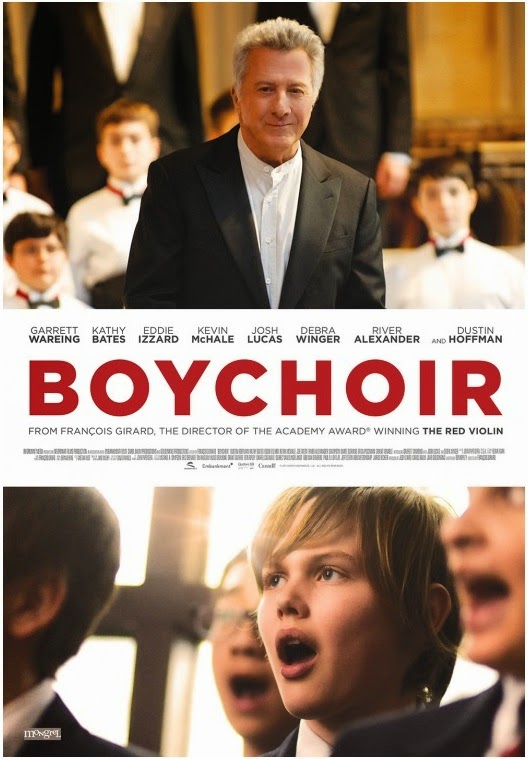 You can also check out a trailer for Dustin Hoffman's BOYCHOIR which will sing its way into UK cinemas this summer. Also starring Eddie Izzard, Josh Lucas and Kathy Bates, the film follows Stet, a troubled and angry 11-year-old orphan from a small Texas town, who ends up at a BOYCHOIR school back East after the death of his single mom. Completely out of his element, he finds himself in a battle of wills with a demanding Choir Master who recognizes a unique talent in this young boy as he pushes him to discover his creative heart and soul in music.
Posted by DEZMOND at 1:30 PM