It seems that it wasn't enough for Chris Pratt to be just a guardian of the galaxy, or to tame the dinosaurs in JURASSIC WORLD, or to be COWBOY NINJA VIKING, but he now stands a chance to become one of  THE MAGNI- FICENT SEVEN too! According to 'Deadline' he is in talks to join Denzel Washington in the big screen remake of the famous western which will be helmed by Antoine Fuqua for MGM! As you might remember the original had some of the biggest movie stars in the cast from Yul Brynner to Charles Bronson and Steve McQueen, playing seven gunmen who are hired by a small Mexican village to protect them from from a nefarious tyrant named Calvera! Pratt would play a new gunfighter!

The series follows 20 somethings who, while studying magic in New York, discover that the magical fantasy world they read about as children is all too real and poses grave danger to humanity. Jason Ralph will play Quentin Coldwater, a brilliant, withdrawn yet strangely compelling young man who has always been a huge fan of a series of books set in the magical land of Fillory. When he’s recruited as a new student at the mysterious Brakebills College for Magical Pedagogy, he realizes that magic is very real, and that he himself is a potentially gifted practitioner. Kevin Bacon's daughter, Sosie will be Alice. Born of a magical but neglectful family, Alice is an outcast among her fellow students at Brakebills, but nonetheless emerges as the most brilliant magical practitioner in her class.


'TERMINATOR GENISYS' TRAILER
SCHWARZENEGGER IS BACK! 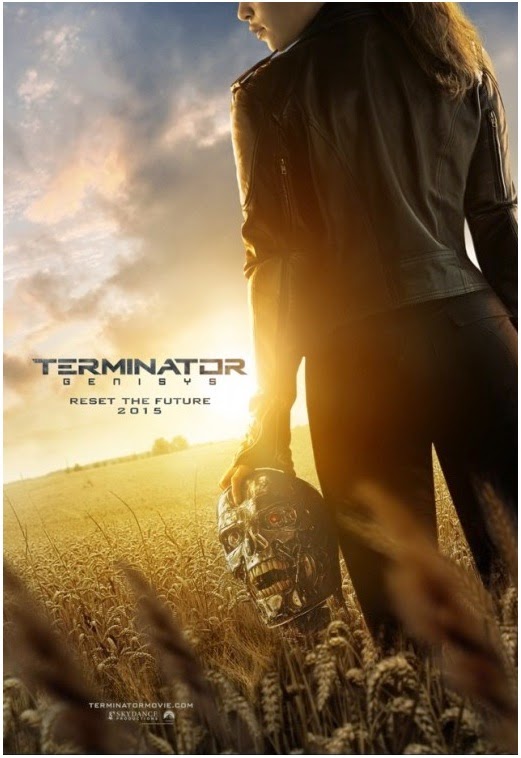 I'm a bit late with this one, but here's the first trailer for TERMINATOR: GENISYS, which comes out next July! Jason Clarke plays John Connnor, who sends Kyle Reese (delightfully naked Jai Courtney) back in time to keep his mother, Sarah Connor (Emilia Clarke), safe before John is born. Unlike the naive and innocent young woman played by Linda Hamilton in the 1984 classic movie, Kyle finds a much different Sarah. She was raised by an ageing T-800 (Arnold Schwarzenegger) she calls "Pops," after a different Terminator killed her parents when she was just nine years old.
Posted by DEZMOND at 2:30 PM