'THE LONGEST RIDE' TRAILER
NICHOLAS SPARKS ROMANCE
Two trailers for you today, the first one for movie adaptation of a Nicholas Sparks book THE LONGEST RIDE! Starring Scott Eastwood, 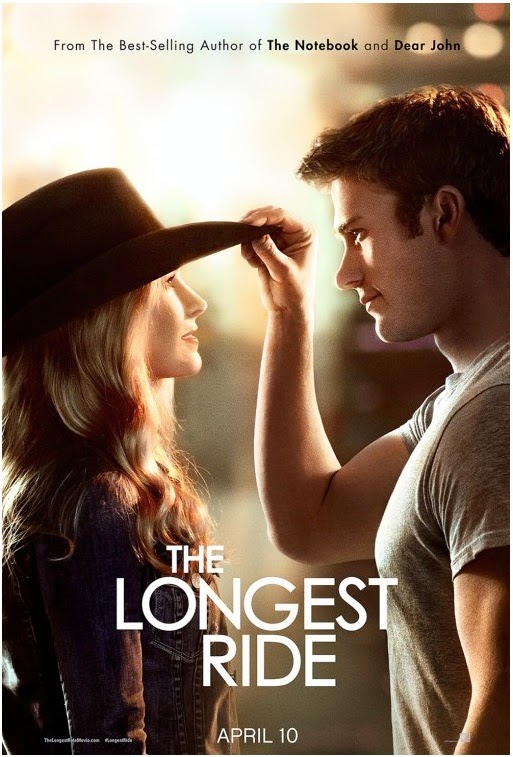 Britt Robertson, Alan Alda, Oona Chaplin and Jack Huston, it centres on the star-crossed love affair between Luke, a former champion bull rider looking to make a comeback, and Sophia, a college student who is about to embark upon her dream job in New York City's art world. As conflicting paths and ideals test their relationship, Sophia and Luke make an unexpected and fateful connection with Ira, whose memories of his own decades long romance with his beloved wife deeply inspire the young couple. It is out April 10th! 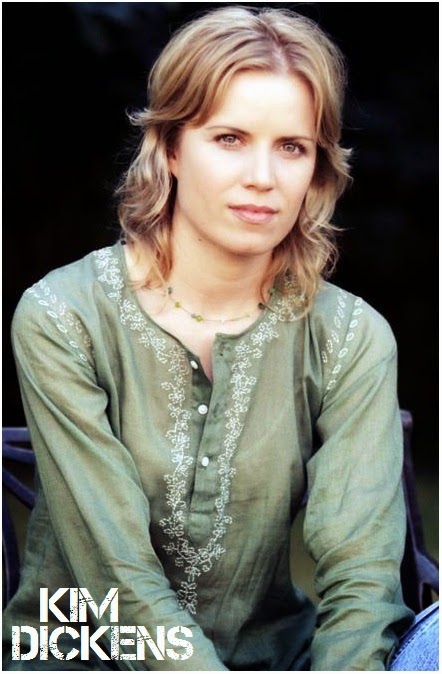 In television news, AMC has found their lead actress for THE WALKING DEAD spinoff series COBALT! Kim Dickens from GONE GIRL will play the lead role of a guidance counsellor in a relationship with a divorced teacher played by Cliff Curtis. She looks like the girl next door but has a darkness to her, a troubled past that will come back to haunt her. Her two children from a previous marriage will be played by Frank Dillane and Alycia Debnam Carey. As you know the series will be set in the same zombie ridden world as in THE WALKING DEAD, but instead Atlanta here the story will go on in post apocalyptic Los Angeles! The show is created by Robert Kirkman and Dave Erickson 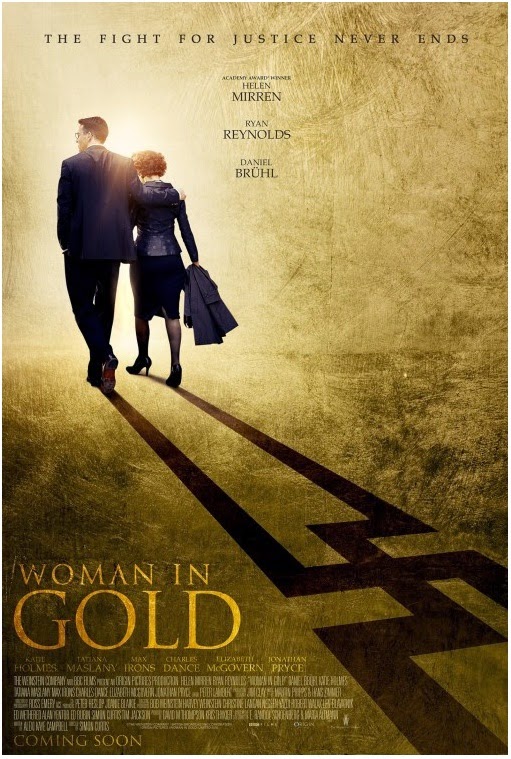 Another trailer for you today is the first one for WOMAN IN GOLD drama starring Helen Mirren and Ryan Reynolds! Academy Award winner Helen Mirren stars in the incredible story of Maria Altmann, a Jewish refugee who is forced to flee Vienna during World War II. Decades later, determined to salvage some dignity from her past, Maria has taken on a mission to reclaim a painting the Nazis stole from her family: the famous Lady In Gold, a portrait of her beloved Aunt Adele. Partnering with an inexperienced but determined young lawyer (Ryan Reynolds), Maria embarks on an epic journey for justice 60 years in the making.
Posted by DEZMOND at 2:00 PM